I got the bus from the airport and found the hostel easily enough using maps.me. It was a decent hostel, near Republic square. After I checked in. I went for walk, to check out genocide museum. I had heard a bit about the Armenian genocide when I visited Lebanon and seen how many Armenians were there so I was really interested to find out more while in Armenia itself. It was very interesting but very sad at the same time.

There was an old football stadium nearby it that wasn’t used any more used but apparently, an Armenian football team were USSR champions in 1973 so it could have been their old stadium.

The museum was a bit of a walk from the hostel and when I was coming back, there were people walking with flags and cars beeping. I had no idea what it was about but everyone was happy. It was cool to see. That day there was a stage set up and music playing in republic square. I went for food found a random cool place out the back of a souvenir shop. 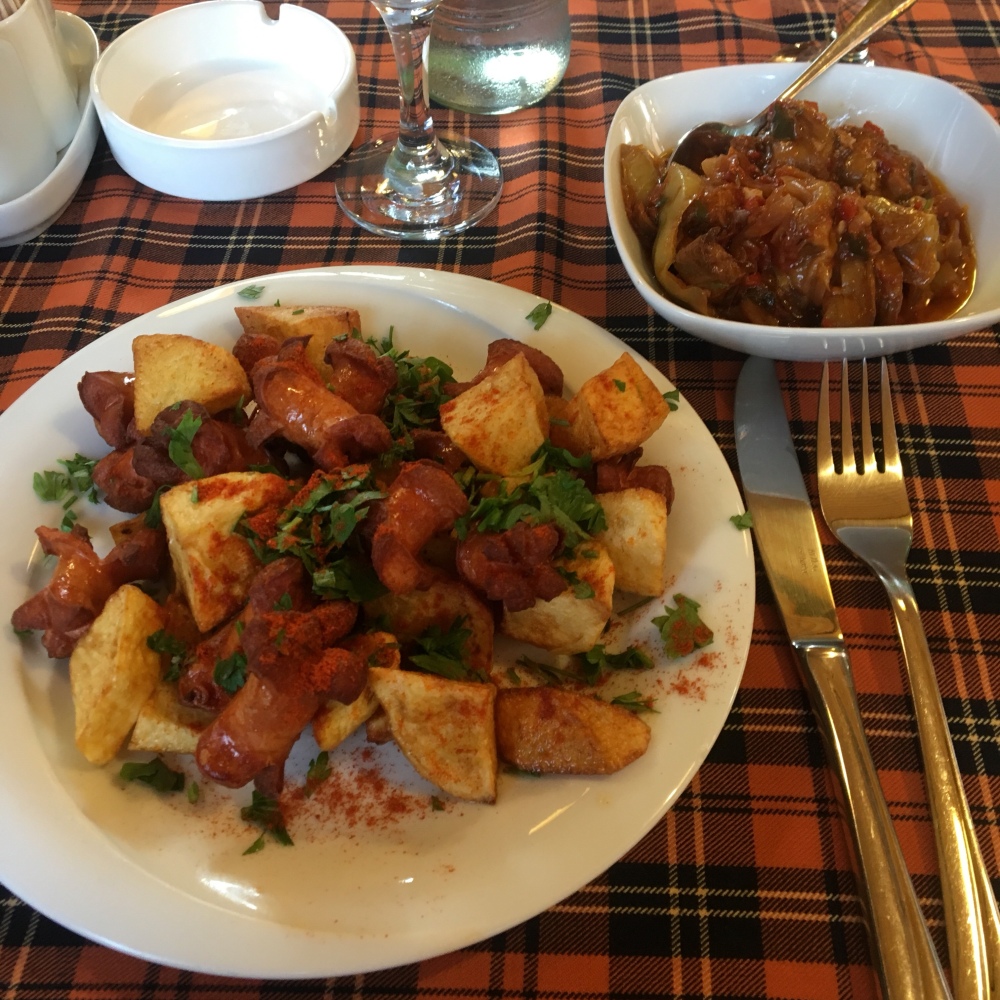 Then came back to see the prime minister speaking. No idea what he was saying but everyone loved it. He apparently had one power in a bloodless coup a few months ago and everyone was happy about it.

That night I had a quiet night and the next morning I tried to figure out the buses to go to Tatev but failed then that same day made some friends in the hostel and decided to save the day by going to Khor Virap. We got metro to station David and then a bus from there. It was actually the same bus I meant to get that morning to go to Tatev but was too late now. It was underwhelming and would have been better if the view to mount Ararat behind it was clearer. 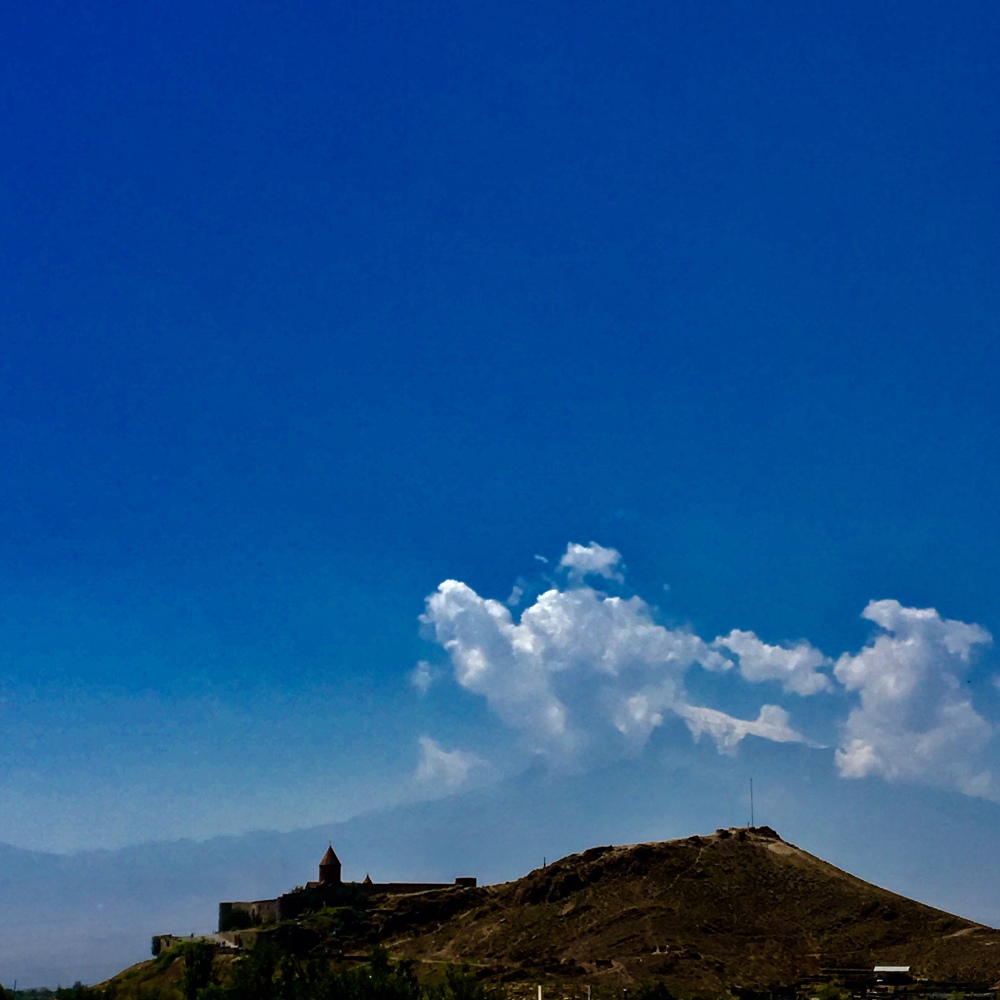 That evening there was some Indian guys cooking. In the hostel and gave us some (too) spicy pasta. After we went out and tried to find some local little restaurant bar type place. And we hit the jackpot. We found an old place that looked a bit like someone’s house and the locals were very welcoming. It was a great experience but being fed straight shots of vodka only lasts so long!

My plans to go to Tatev the next day since I missed the chance already were derailed with a late night of drinking. But I couldn’t let the day waste so we went for some traditional Armenia pizza, near the opera, and then explored an old part of Yerevan called Kond. It was basically a run down old area where buildings are barely standing but people are living there so it’s interesting to see all walks of life.

Next up was the Cascada which is a cool area that overlooks the whole city, and there are a lot of steps to climb so thankfully there was an escalator too! On a clear day, you can see Mount Ararat in the distance but today was a bit stormy so all I could see past the city was the odd bolt of lightning.

I had read that Armenia was proud of there cognac so on the way back from Cascada I stopped for a little sip, and that’s all I had because it was as bad as I remembered any brandy I’ve ever had. Not a fan of cognac. The storm I saw in the distance was closing in at this stage so I go my phone and earphones out, ordered a beer and watched the all Ireland final. That didn’t exactly go as planned so the less said about it the better.

Later that evening we ended up in a local place for food which wasn’t too filling so another trip to the area near the opera for more food was on the cards. There was a nice park near the opera so we just people watched there for a while and noticed pretty much everyone who passed got a picture with a random statue, so as not to be outdone I was sure to do the same.

I organised to get a bus from the hostel to Tbilisi Georgia the next day at 3pm but I was determined to see some more of Armenia before I left so I navigated some buses (the 22 to Gai station and the 266 to Goht) to Geghard monastery and Genti temple. The buses didn’t bring you exactly there but I bumped into another solo traveller and we split a taxi from Goht to the monastery where our driver waited and brought us to Genti temple too. 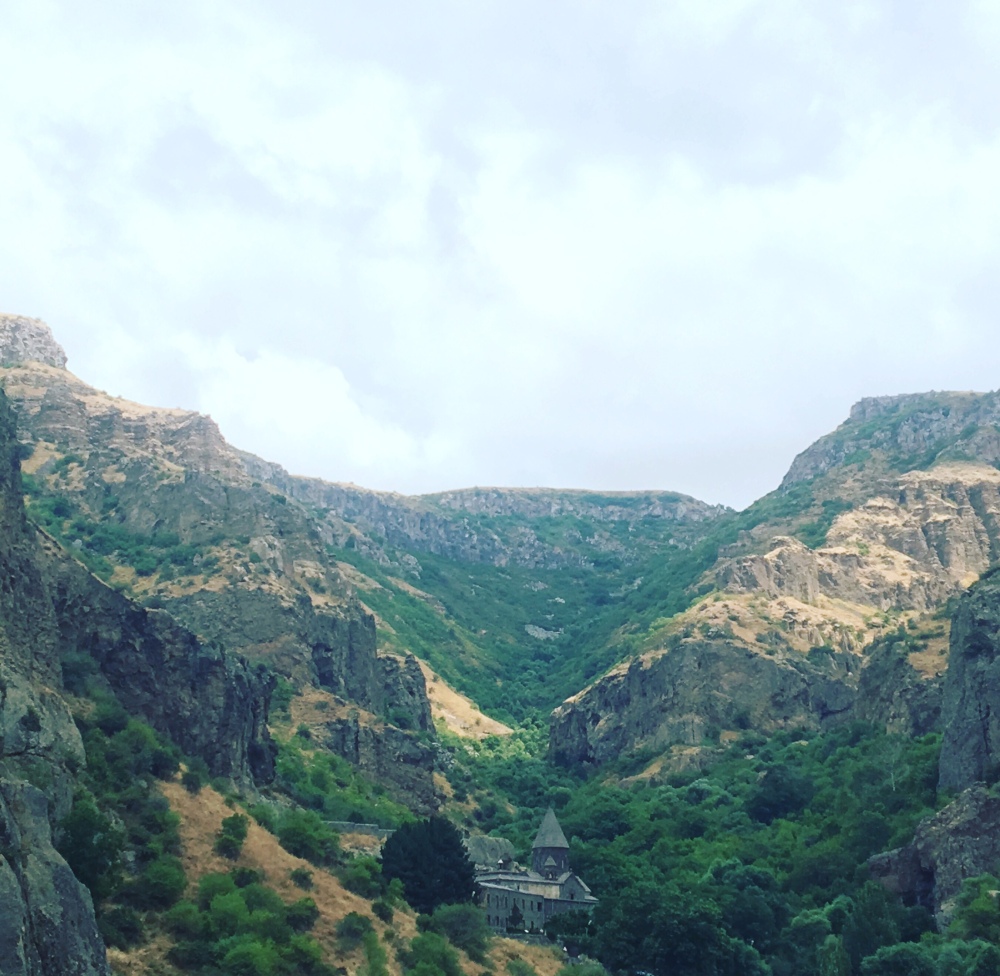 The temple wasn’t that impressive but the scenery was great up in the mountains, similar to the monastery.

Armenia was the first country in the world to adopt Christianity as its national religion so there are many many churches and monasteries there.

I didn’t make it back for 3pm but the girl in the hostel said if I didn’t she would cancel and put me on the 5pm bus. So that’s what she did, to be fair I could have made it back but with that reassurance, I took my time.

After a quick bite to eat I was on my way, next stop Tbilisi.

it took 3 and half hours to get to the border. It was a nice drive up by lake Sevan, into the mountains, and even in the clouds at times. The views were great but can only imagine what they would be like on a clear day.

at the Armenian border, you get out of the car to exit Armenia show your passport and get back in. It only took a few minutes. After a small drive about 200m, you had to get out with your bags this time and queue up to enter Georgia. Slightly long queue by maybe 15 mins. I thought it would be mandatory for them to check the bags but they didn’t. Again free entry for EU citizen.

Express bus every half hour during the day for 300 darm, 25 mins.wifi on the bus, accepted cards too

Bus to Khor Virap from outside David metro station 500.

Hitchhike back free. It’s worth noting that hitchhiking in Armenia is very common and considered very safe. It was the first time I’ve ever done it.

beer is about 800 darm for a draft. Generally, if you order a beer and food for dinner you will spend less than 3500 darm

Taxi (total price, from Ghot to monastery to temple, we shared the fare) 3000 darm