As the plane was coming in to land at Hualien airport it was clear that what I had heard about Hualien and the countryside was true. The part of Taiwan was worth a trip on its own, although unfortunately, it wouldn’t be on this trip. There were no other planes at the airport when I landed but it still took half an hour to get off the plane as there was a problem with the platform! 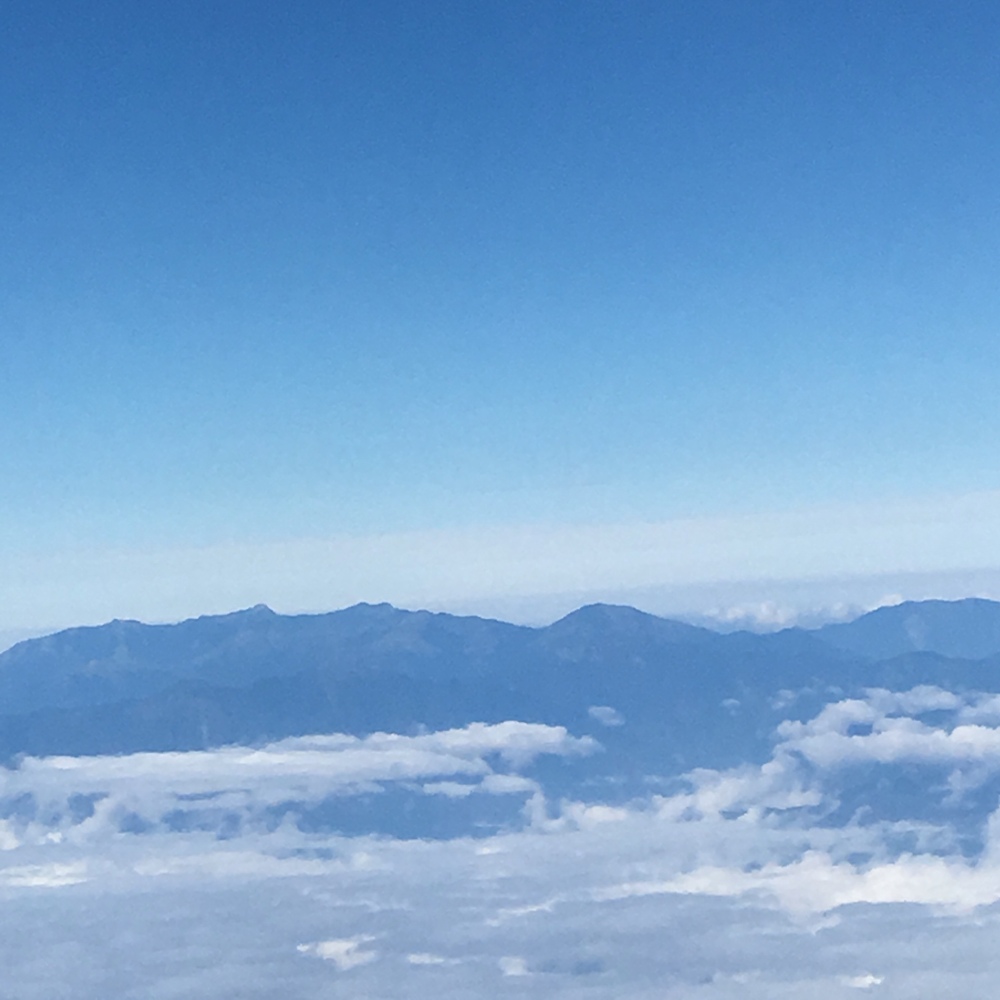 Bus 1123 goes approximately every hour from the airport to the train station. I had no change, so a lovely Spanish couple paid for me. I could have given the driver 100 TWD note (about 3 dollars) if needed though.

When the bus arrived it took about 20 minutes to get to the train station, I had a train booked to Taipei that evening. Trains can book out over a week in advance so it’s best to get your tickets booked online before you travel. I Was early for the train so I collected my tickets and then went for a walk around Hualien. I looked for food and found a nice bakery with some random things so got pineapple bread with chocolate and then got honey cake too. Both tasted nice but nothing major.

I saw a lot of very local places but I knew there would be little to no English there so didn’t want to try them. I kept looking out for restaurants and eventually found one I liked. 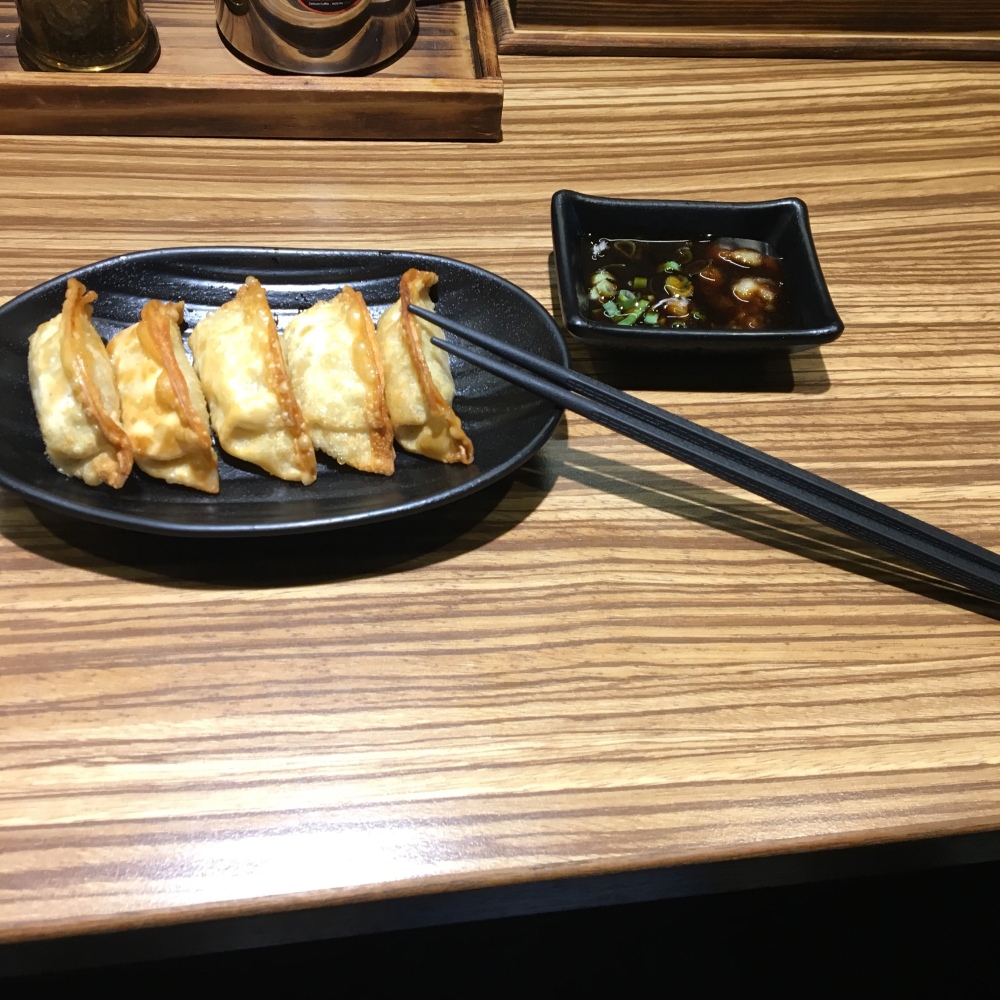 On my little stroll around I noticed that there were so many hostels and bike shops near the train station so it was obviously a focal point for the town. Back at train station ticket is all in Chinese but the numbers are normal so I can still make out: time, platform, carriage number and seat number. I still double checked with information desk just to be sure. 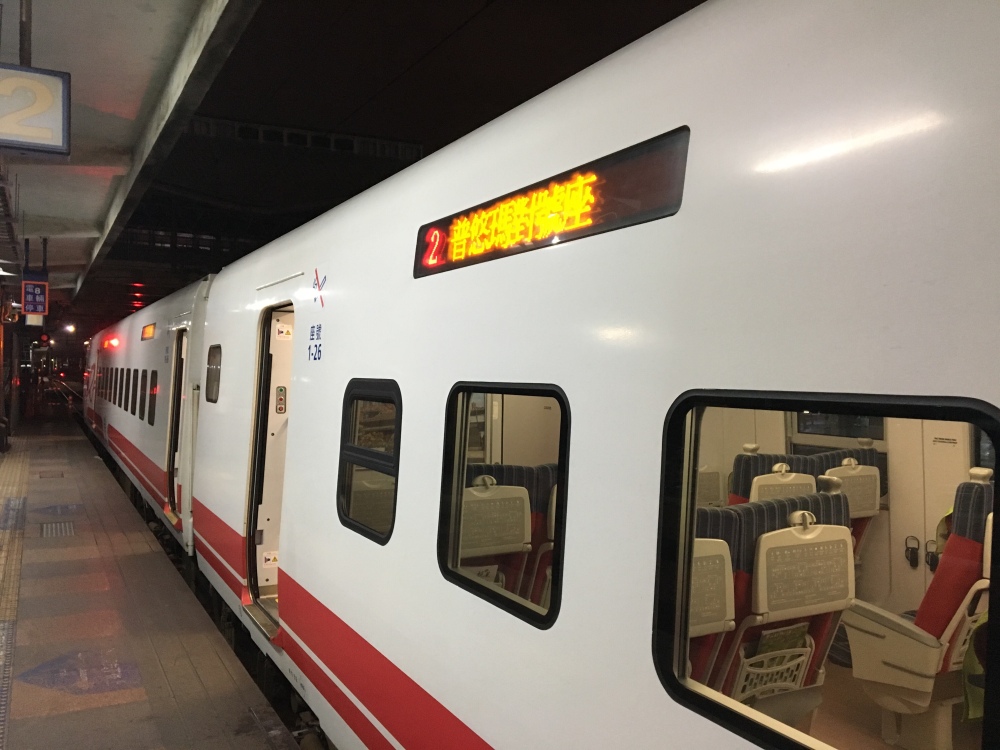 There must have been a Military base nearby as I could hear planes coming in to land very regularly. They were very loud and looked like fighter jets but it was dark so it was hard to tell.

when I was looking at hostels online for Taipei I decided to get one of those pod hostel beds just to try it out. I think they are more synonymous with Japan but I tried it anyway. The idea was fine and I’d be happy to use it again but the set up was a bit flimsy in the hostel I stayed in, it felt like it might fall apart while I was in there haha.

When I woke up I made my way to the MRT so I could go to Taipei 101. The idea of getting a 1-journey ticket was a bit strange – to buy a ticket it asked u how much u wanted to pay rather than where your destination was. So when you got to the other side and you chose an amount that was too low then you had to go to the customer service area to pay the balance to get out, conversely, if you paid too much at the machine then you just paid too much, end off. It wasn’t a big deal, but I just thought it was a little strange.

Unfortunately, when I got to Taipei 101 it was cloudy so getting to admire the building in all its glory would only be happening in glimpses as the clouds moved. Thankfully one of the main reasons I wanted to see the building was something on the inside. The wind damper. This 660-ton ball reacts to winds and earthquake movements to reduce the sway of the building by up to 40%. A remarkable feat of engineering, and something I had wanted to see in person ever since I seen a documentary on the discovery channel about the construction of Taipei 101 over 10 years ago.

The view from the top itself was virtually non-existent with the clouds but I wasn’t too concerned. A friend from Taipei advised me that I should hike (walk up some steps for about 15 minutes) up the nearby elephant trail to get a great view of the tower and the city too. The view was great, albeit slightly obscured by the clouds. I would definitely recommend people do this little trip when visiting Taipei 101. 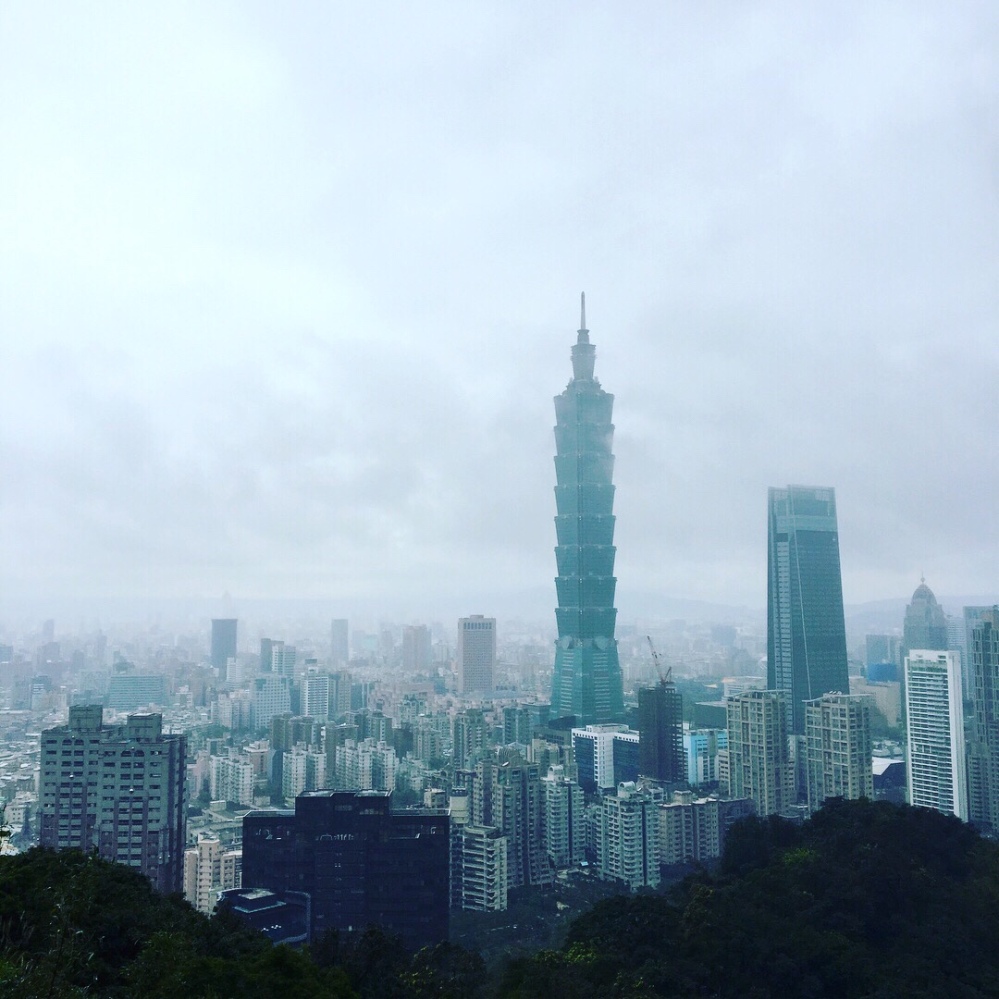 After that, I hopped on the nearby MRT and worked out the best way to go to the three temples that I was keen to see: Confucius, Xingtian, and Longshan.

I started with the Confucius temple which was oh so quiet. It’s really nice to experience some tourist hotspots when they are quiet as it gives you more of a feel of what the place should be like.

After a quick MRT trip and a short walk, I was at Xingtian temple which was busy with some sort of ceremony going on. The temple was impressive but I couldn’t explore it properly as I would have been doing so in the middle of the ceremony.

On my way back to the MRT, I was starting to feel a little peckish and noticed a street vendor with a big queue so I decided to join it. I have heard that street food in general in Taipei was of good quality so I was confident that I wasn’t getting anything dodgy. When it was my turn to order I still wasn’t sure what I was getting so I just got a tray of one of everything (later I would find out that these were mochi balls). I can safely say that, although I can imagine some people would like them, I would not be going back for seconds!

After a slightly longer MRT, it must be said that Taipei is very well connected for a tourist, I was at Longshan temple. This was definitely the busiest of the temples I had seen and as I was taking pictures, a service started with many people singing hymns/mantras of some sort. I took some short videos and then just found a place to sit down and enjoy it. I even took a couple of voice recordings as it was quite soothing. 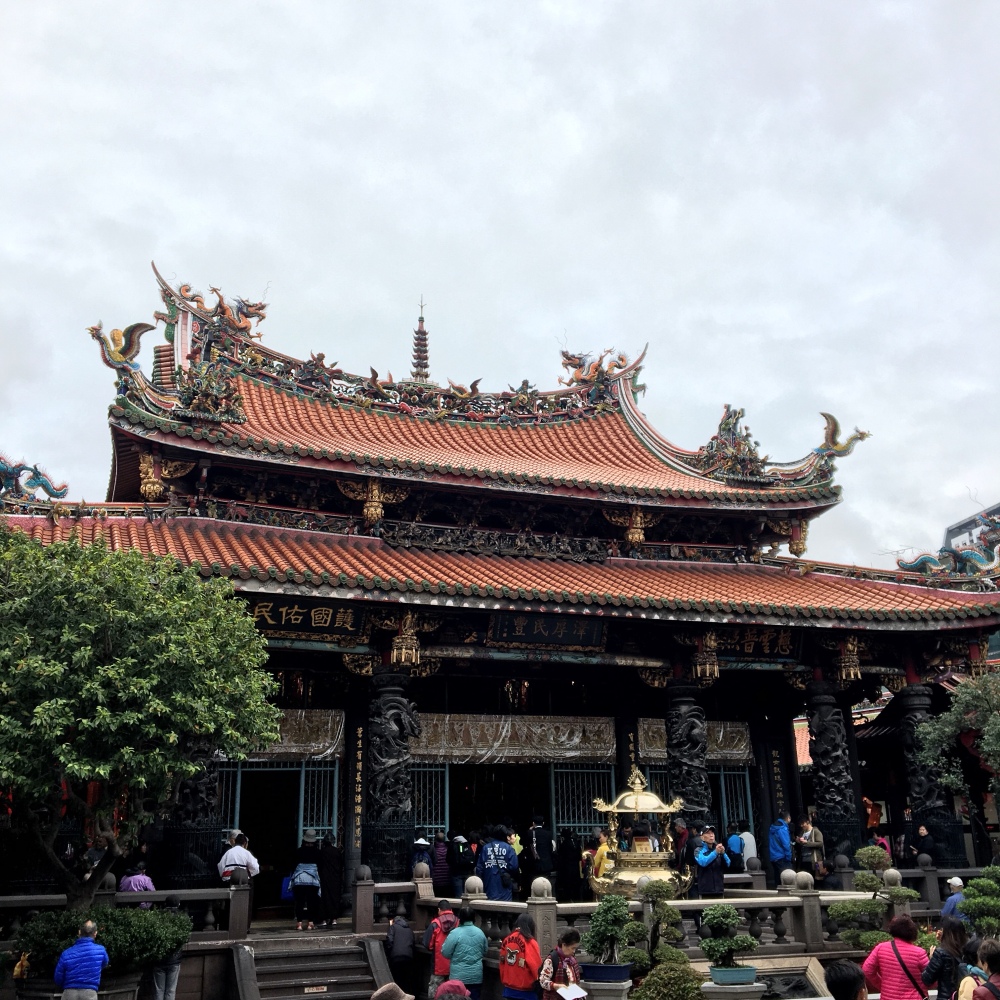 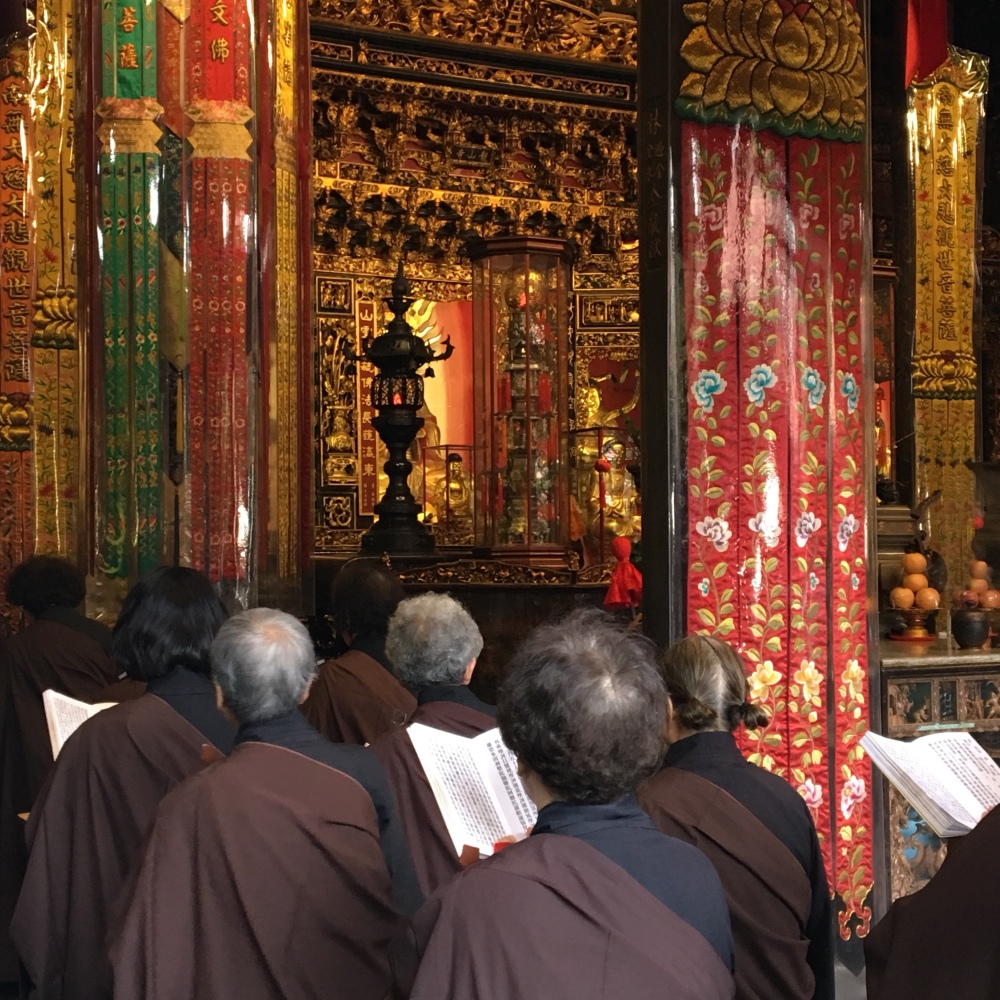 With my 24 hours in Taipei coming to an end, I took a stroll through the Ningxia night market. I was a bit early for the ‘night’ element but there was plenty of food on display. As I arrived I really needed to go to the toilet and didn’t really know if I would last so hesitated about buying food but then I noticed a sign that showed that some restaurants adjacent to the market let people use their toilet facilities for free so as soon as I seen one displaying the sign I took advantage of it! Soon after that, I had a few nibbles to keep me ticking over. 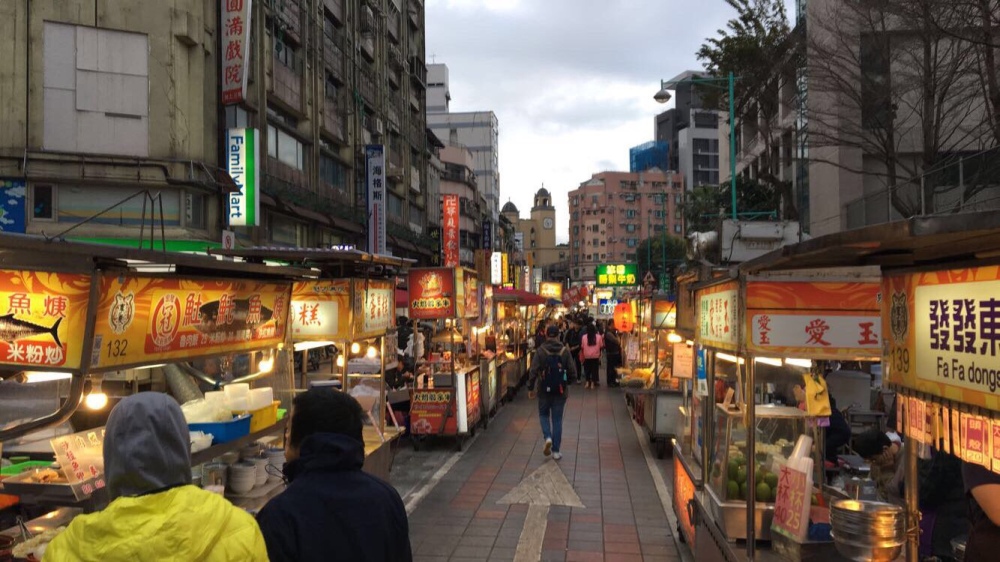 With a full tummy, I made my way back to Taipei main station and waited for my train to Hualien. Similar to the MRT, the high-speed train set up is easy to follow, and if you ever go wrong people are friendly and will point you in the right direction.

One thing about Taipei is that I found it a lot less touristy than most places, very little nick nack stuff to be bought compared to other places. I also found it quite a clean, laidback and relaxed city. Although it is a sizable city, you can’t feel the hustle and bustle as much as other big cities.

After a seamless 2 hour train to Hualien, I had a quick look around for something to eat but it was nearing 10pm and most places nearby were closed so I went to a supermarket and grabbed some snacks before retiring to the hostel. I had planned an early night as I was to be up early for the bus to the airport but I ended up talking to an Israeli man in the dorm for a good while first. The next morning I caught the bus at 7:20. It took about 35 minutes to get to the airport but this was fine. Hualien Airport in my experience was small with very little flights so I had loads of time.

Similar to my arrival there were many fighter jet planes landing and taking off. I wondered if they were just performing drills or if they were patrolling something. 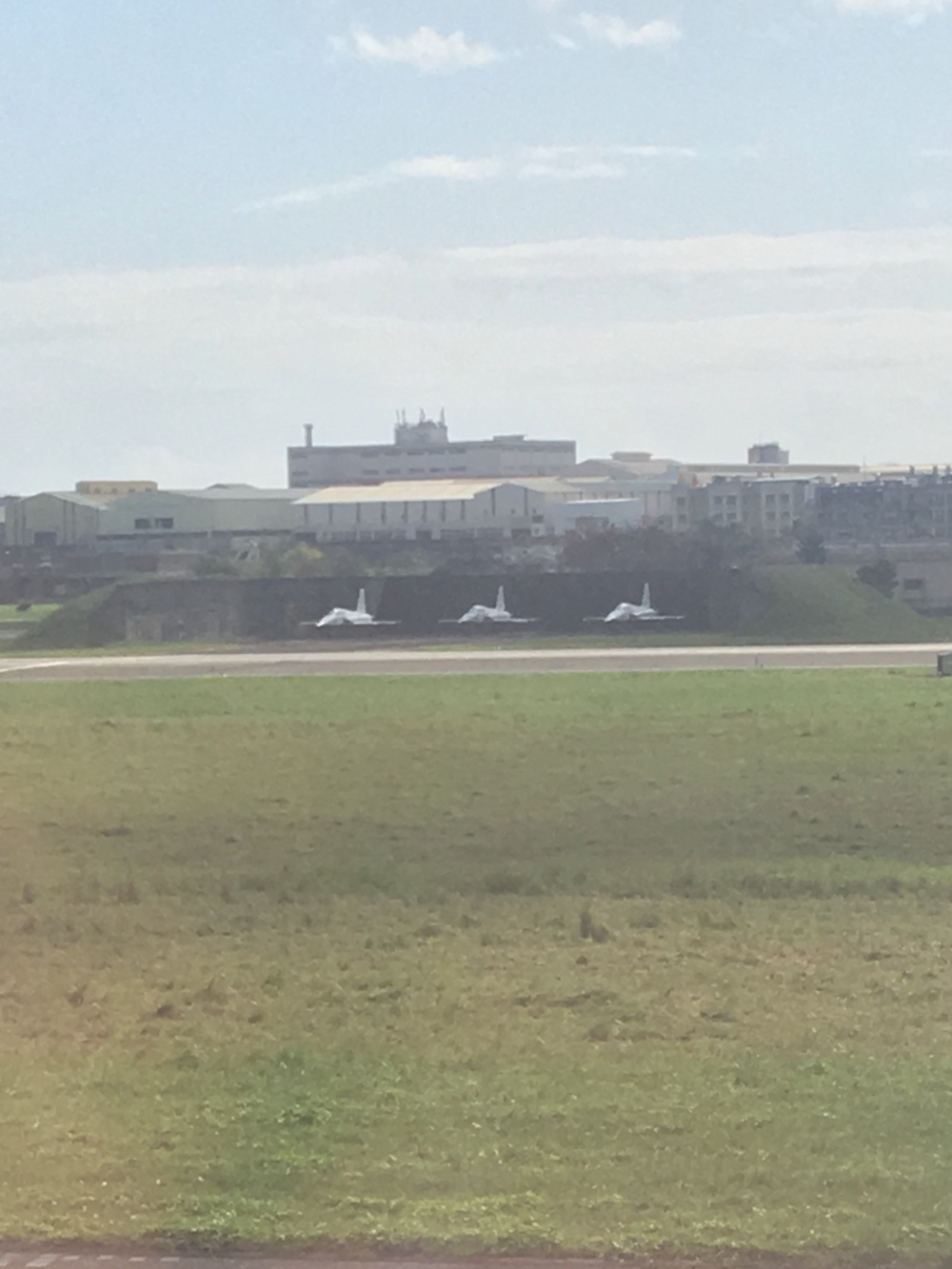 Regardless, it was time to leave and another adventure had come to an end. The only disappointment from this trip is using Hualien as a stop gap and not a part of the trip itself, it’s a beautiful area and deserves a trip of its own. I mean, they even wave you off at the airport!!

Train from Hualien to Taipei 440 TWD

Train from Taipei to Hualien 440 TWD

Elephant trail is free and a must for me, people sometimes forget when visiting tall famous buildings that the great view of the building is not visible from within it…

Try the street food, everything I tried was great!

People are friendly, don’t be afraid to ask for help if needed.

Take a picture of the MRT map to help you when working out where to go next.