A day in Casablanca didn’t quiet turn out as I planned.. After getting the train into Casablanca and a taxi from there to the hostel (via a pharmacy) I had the (man) flu in a bad way so  I was confined to the bed and didn’t get to do any exploring done on the Friday night.

The hostel was really cool with a pool room, karaoke station, mountain bikes to rent, sauna, restaurant by the pool and even shisha! So although I was impressed with the place I didn’t get to make use of it as I was up early and out the door Saturday morning to see as much as possible before catching the flight to Doha in the afternoon.

I headed down to the cornice (promenade), to get a good view of Hassan II Mosque before going to the mosque itself for a closer look but as luck would have it the clouds had rolled in so the views weren’t as impressive as I had hoped. Still I enjoyed the stroll down the promenade (croniche) area watching my man men out fishing and other just listening to relaxing sounds of waves constantly crashing against the shore. 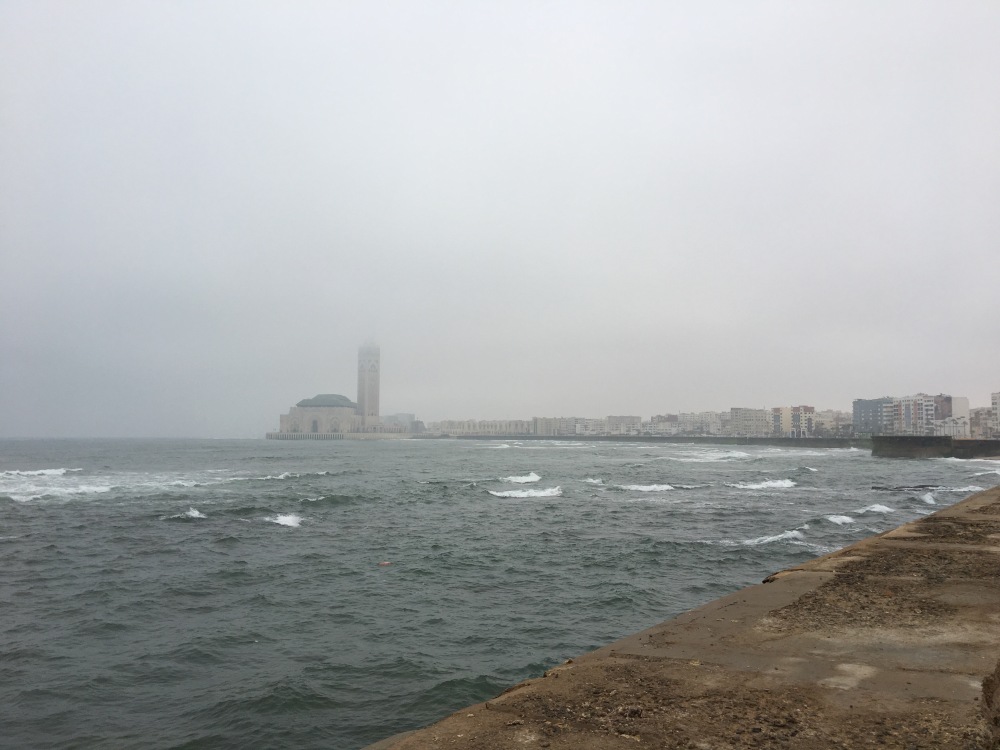 Once I got to the mosque I realised I had shorts on so wasnt sure of the local opinion in terms of having my knees out around the holy mosque. However I approached to guards at the entrance and asked if I could go into the grounds and take some pictures, who replied “of course, welcome!”. Again the thick clouds hampered the views even close up as the tower part of the mosque almost disappeared into the sky. In spite of this I was impressed with the building, especially the detail in the doorway arches. 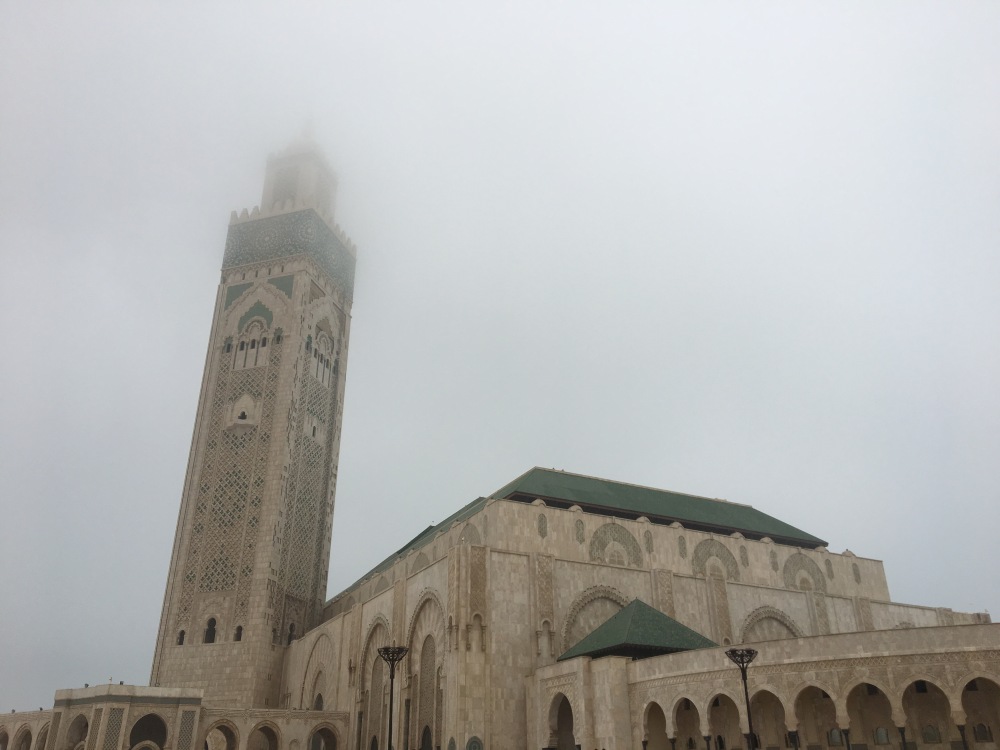 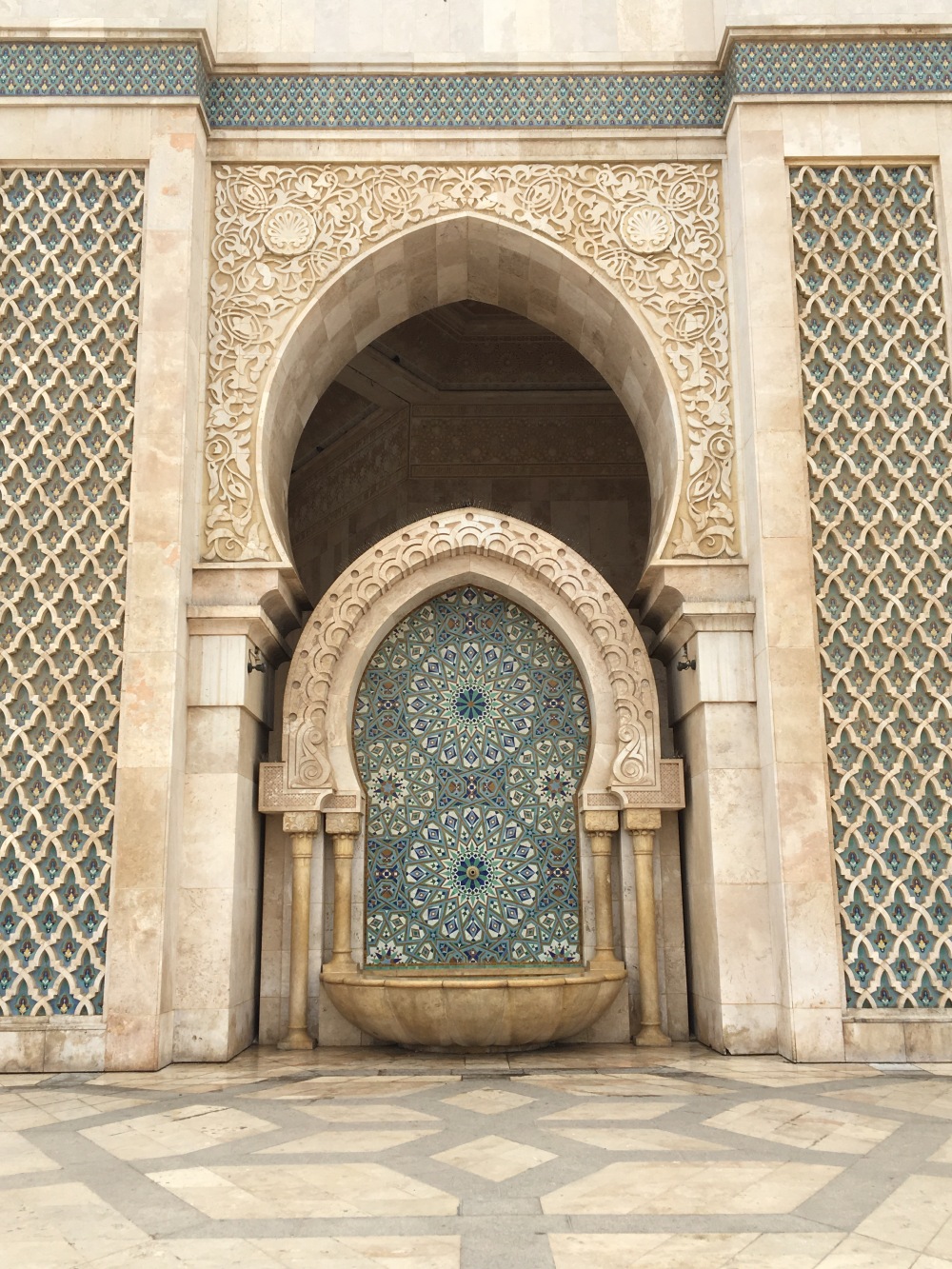 From there I walked along the corniche to the old medina of Casablanca area which was old and run down, as I expected, but I wanted to check out the old market area so was still cool to walk through. It was basically a collection of narrow streets with shops opening mostly nearly directly on to the road. I was happy that I entered from the corniche side as it allowed me get sight of the shops that locals would use before getting near the main road on the other side which was full of the tourist tack (fridge magnets etc.).

From there I walked to Mohammed place park as I had heard it was nice but to be honest it wasn’t that great, a little fountain and lot of pigeons was all. As I arrived, I moved towards the fountains, which stopped as I reached the fence. This left me a little deflated as I thought it was the only good picture to get in the underwhelming park but a young local man approached me with a big smile on his face, “you look like you have had a long journey?” he questioned. My lack of enthusiasm for the fountains turning off ], combined with my flu, was clearly showing. At first I thought he was trying to sell me something but we talked about his school and learning languages (his English was very good) for about 5 minutes until the fountains came back on and I got my, not so great, picture anyway. I made my excuses to move on as I had one last sight to see before I made my way to the train. The young man was very friendly and, in my experience, very typical of the local people. 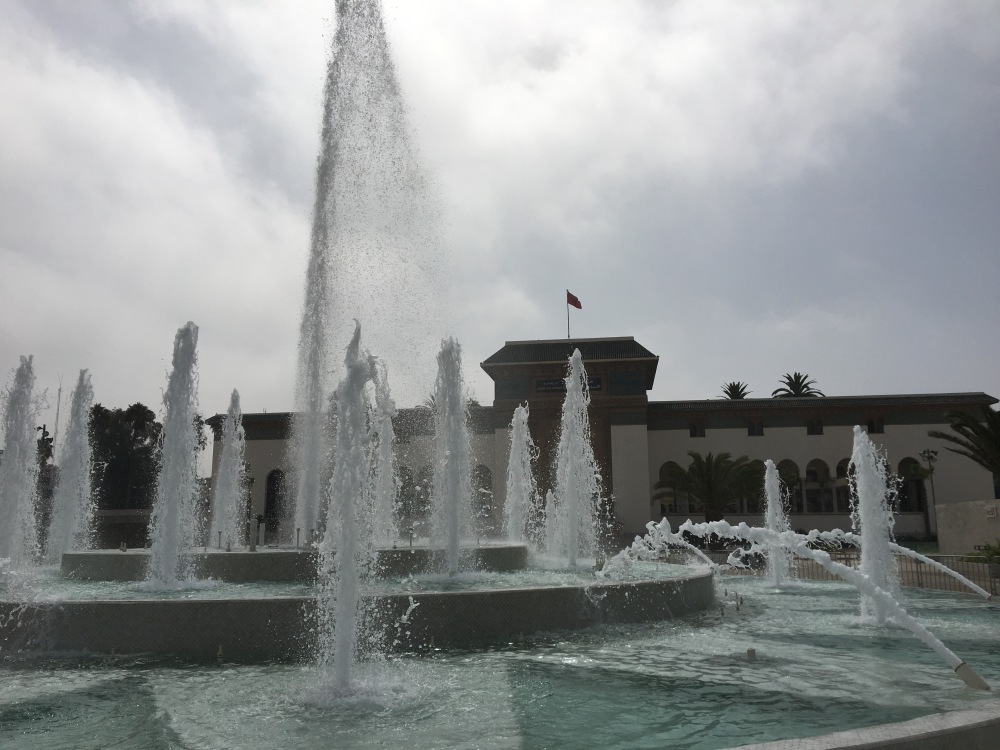 Once I got a lovely picture of the scaffolding from outside the fence I made my way to the tram (A guide 5 minute journey to the train station). As my french and Arabic isn’t great I tried to get in the exit but another local, explained to me that I had to go around the other side, no problem, however as I walked away he shouted at me to come back, and took my luggage so I didn’t have to carry it all the way around, again… so friendly!

I was a bit disappointed overall with my day in Casablanca considering how the day went along with having the flu but I must say that morocco had a very positive and happy feeling to the place. People were so friendly, everyone had a smile on their faces and the overall vibe seemed very excepting of all cultures regardless of religion or dress code etc. as people went about what ever business they had and no one batted an eyelid regardless of whether it was something they approved of or not.

Casablanca itself is the most economically advanced city in Morocco which is evident as you walk around but although I had a bit of muted trip to morocco I’d be keen to explore more traditional cities like Marakesh, some other time.

Train from airport to city 43 Dihram