I had only a short time in Santiago but I was determined to make the most of it as my trip was coming to an end. So I booked a snowboarding lesson/tour in the Andes. Why not. Unfortunately as I booked it with such short noticed the pick up location wasn’t clarified in time and I never got to go. With only one full day in Santiago I was determined that I wouldn’t let that mishap take away from my stay there.

After breakfast I decided to check out the city so I took the metro to Tobalaba station where the tallest building in Latin America could be found nearby. Sky Costanera was also attached to a massive mall so I checked that out before heading up to the viewpoint on the 61st floor. 360 degree views of the city could be taken in from there but the 62nd floor was also open for viewing. The views were pretty much identical with one minor difference. The 62nd floor was the roof so you could look straight up to the sky and be on top of the tallest building in Latin America. 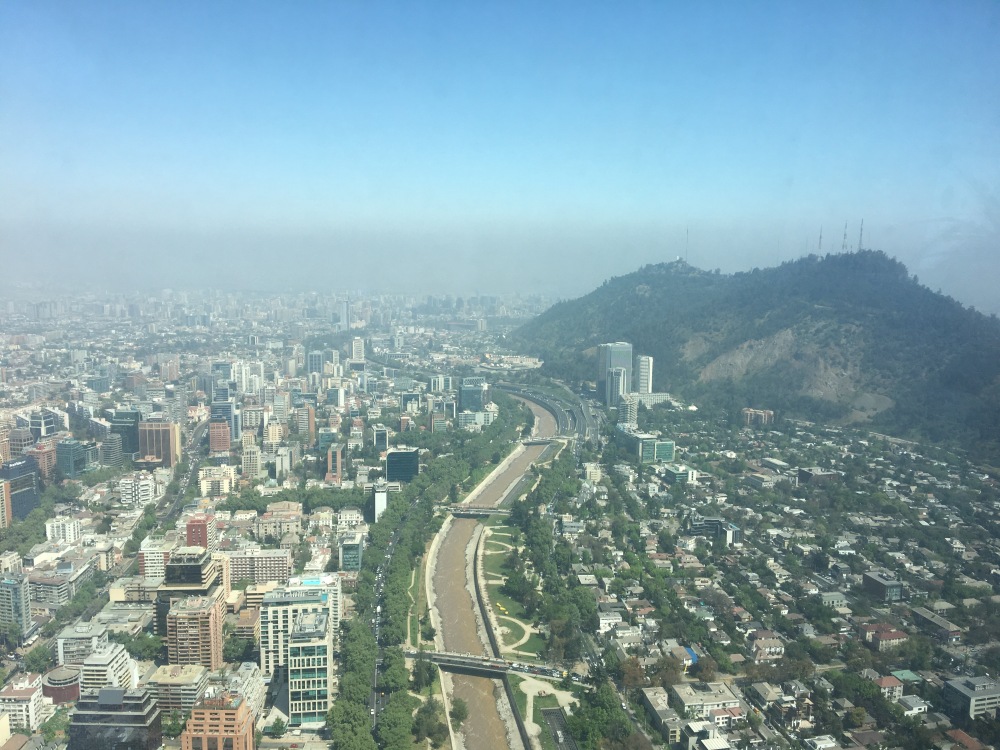 After this I went to the center of the city for 3pm to catch, at this stage, my ritualistic free walking tour. The tour went on for about three hours and provided some good information on the history of the city. There were some very different areas of the city and some very different architectural styles with a lot of political significance resonating throughout the city. I’ve noticed in chile that everywhere you look there are Chilean flags. I initially put this down to them celebrating their Independence Day but two weeks later there was no sign of the flags being taken down. No more so than outside the presidential palace.

They even have the largest Chilean flag in the world erected in the center of the city to mark the significance of their independence.

The buildings throughout the city differ so much, from the old radio tower which used to be the tallest building in Santiago to the building molded to mimic a famous New York street to more chic smaller streets with trendy bars and restaurants. 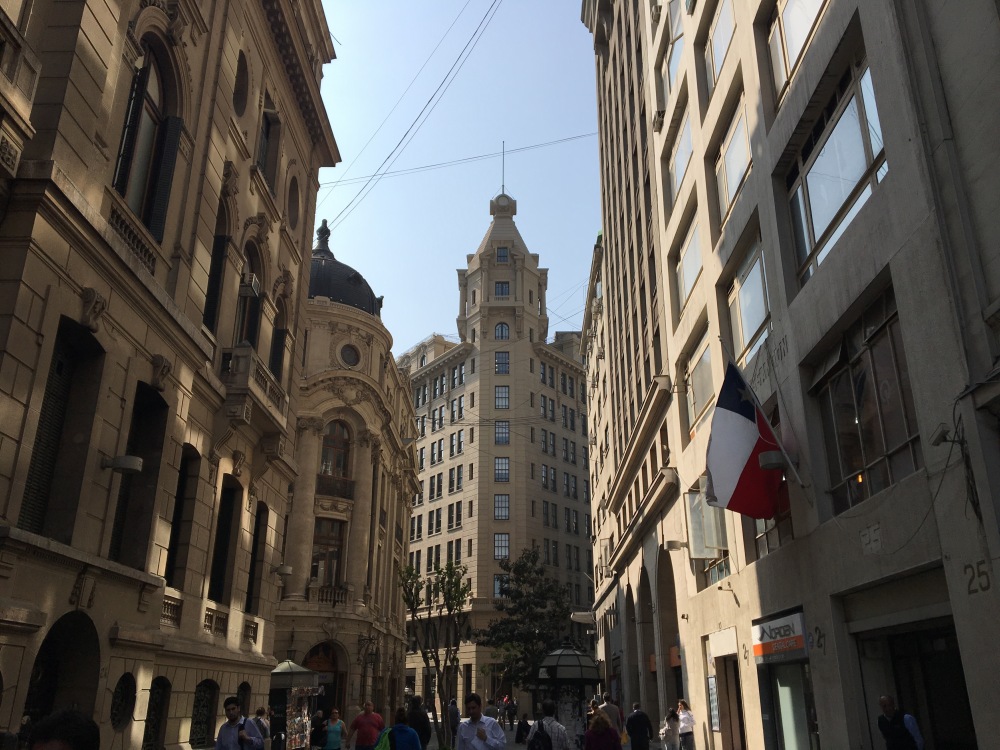 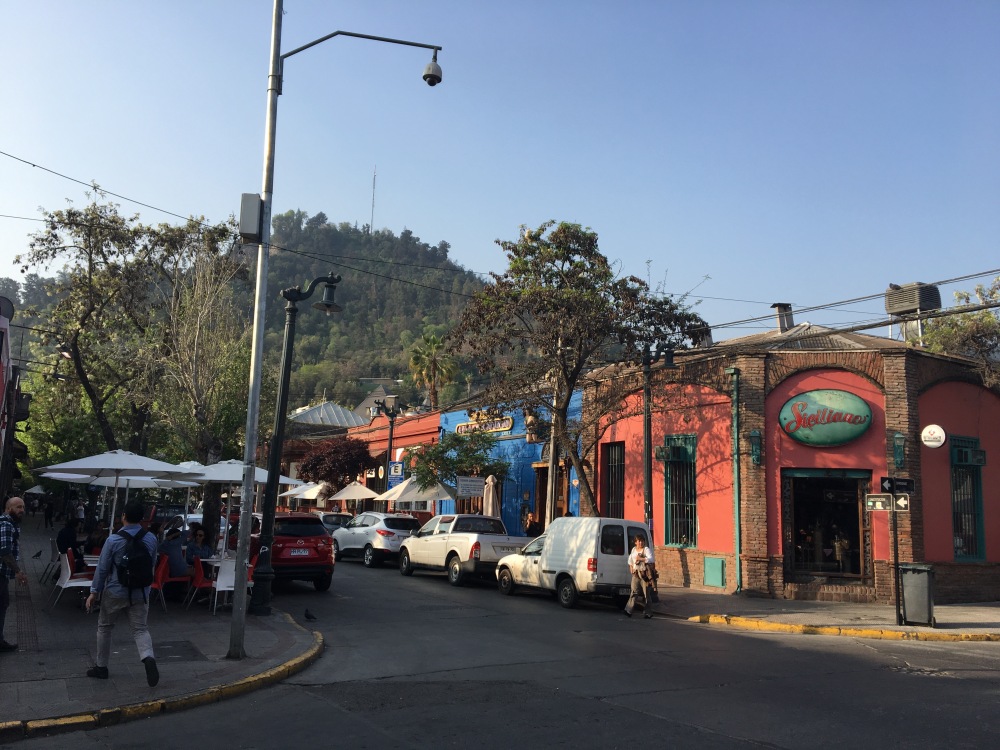 After the tour I made my way back to the hostel before heading to an authentic local steakhouse for some fine South America beef as a little goodbye for myself to a country I became very fond of. So long for now chile.

In the morning I would catch my last South American flight to Buenos Aires. Three days there then back to reality.

Bus from airport (goes every 10minutes or so) 1,700 CLP one way. Tur bus and Centropuerto both run the service from level 1, gates 4 &5 at the airport.

Hostel, ‘chile lindo hostel’. Was decent with good big comfy beds, hot showers and breakfast included but maybe could have been more central. 7,000 CLP per night.

Metro ticket one way approx 700 CLP depending on time of day.

Sky Costanera. View point from top of tallest building in Latin America. 5,000 CLP during the week and 8,000 CLP at weekends.

Bus to airport (goes every 10minutes or so from terminal Alameda) 1,700 CLP one way. Tur bus and Centropuerto both run this service.