After the 22 hour bus journey from San Pedro to Santiago, I got straight on a bus to Valparaiso (about 2 hours). You might think that’s a bit mad but I don’t mind buses. I find them strangely relaxing, as long as I’m not cramped and on that overnight bus I had two big comfy seats to myself, and even a bit meditative at times. I guess views like this along the way might help too.

Valparaiso started with a parade. Yup, another country, another national holiday. I’ve probably witnessed four or five independence days on this trip! A random coincidence to say the least.

The parade was happening just outside the bus station so I hung about and checked it out. The different divisions of the defenses forces marched through before some people in traditional Chilean dress walked by. Pretty cool to be fair.

After the parade I made my way to the hostel, ‘Hostel Po’, a building that was painted completely by local artists inside and out. The walk was about two kilometers and the town, even though everything was closed as it was a holiday, was very picturesque. It reminded me of Montivedeo in Uruguay, but a bit warmer!

When I got to the hostel, it lived up to what I had read about the art. It was a cool hostel. 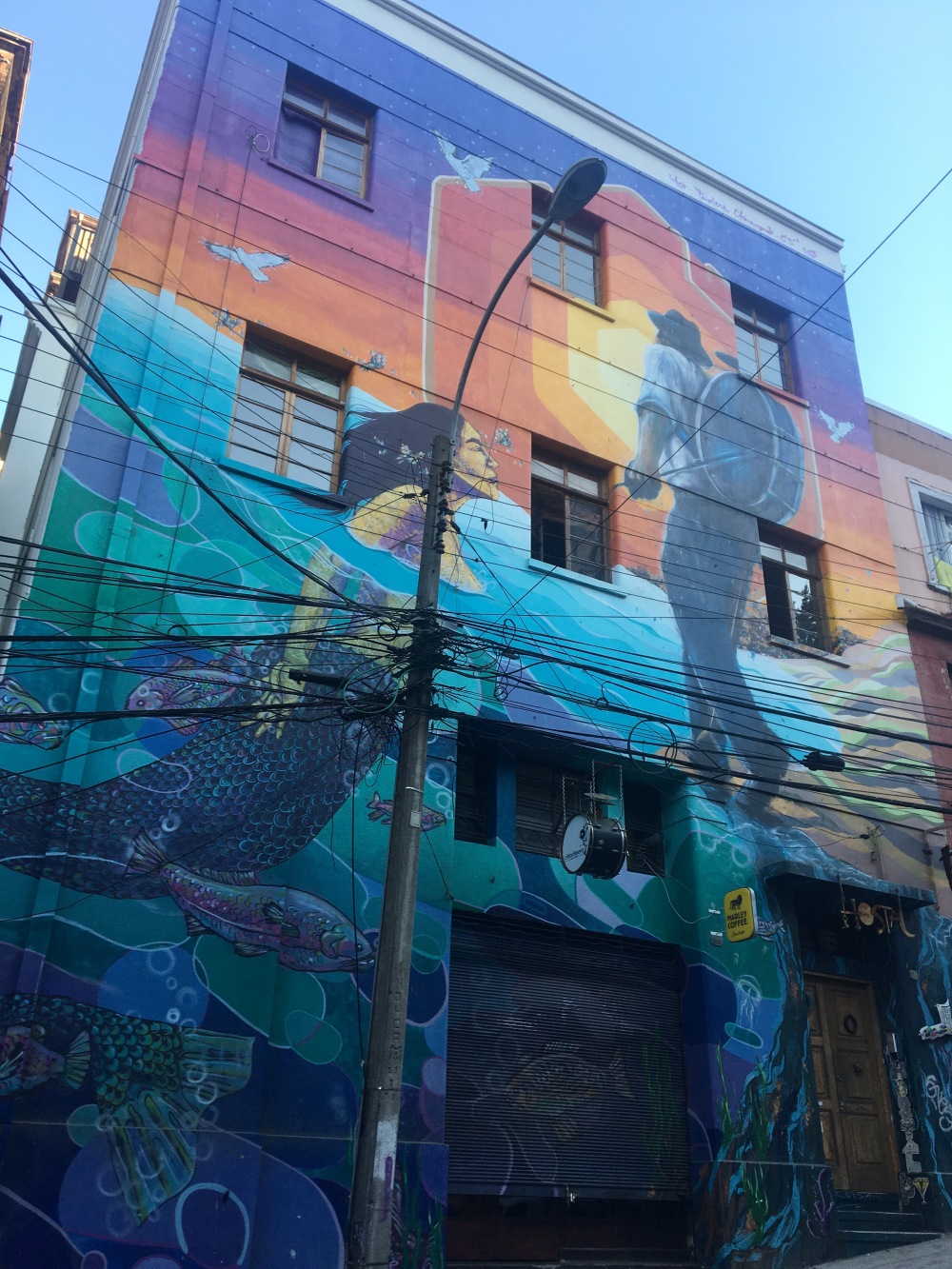 I wasn’t in Valparaiso for long so I grabbed another free walking tour and checked out the Alegre and Constitution areas (probably spelt wrong!). Our guide warned us not to pet or feed dogs because we would end up with 20/30 of them joining us on the tour if we did. Nobody fed or petted the dogs but we still had two accompany us the whole way. Felt like they were our tour guides too, it was pretty cool! It was great ﻿to get to know the historical significance of this port town and also to grasp the different cultures of the 47 hills (neighbourhoods) that made up the city. The port city was once a major port for European sailors travelling to the west coast of America (before the Panama Canal). There are a lot of European settlements throughout the city too which is even evident from the fire departments (here comes the interesting fact): All fire departments in Chile today are voluntary. In Valparaiso there are Spanish, German, British, American etc. fire departments set up by settlers from each of the respective regions who wished to ensure their area was catered for incase of emergency. 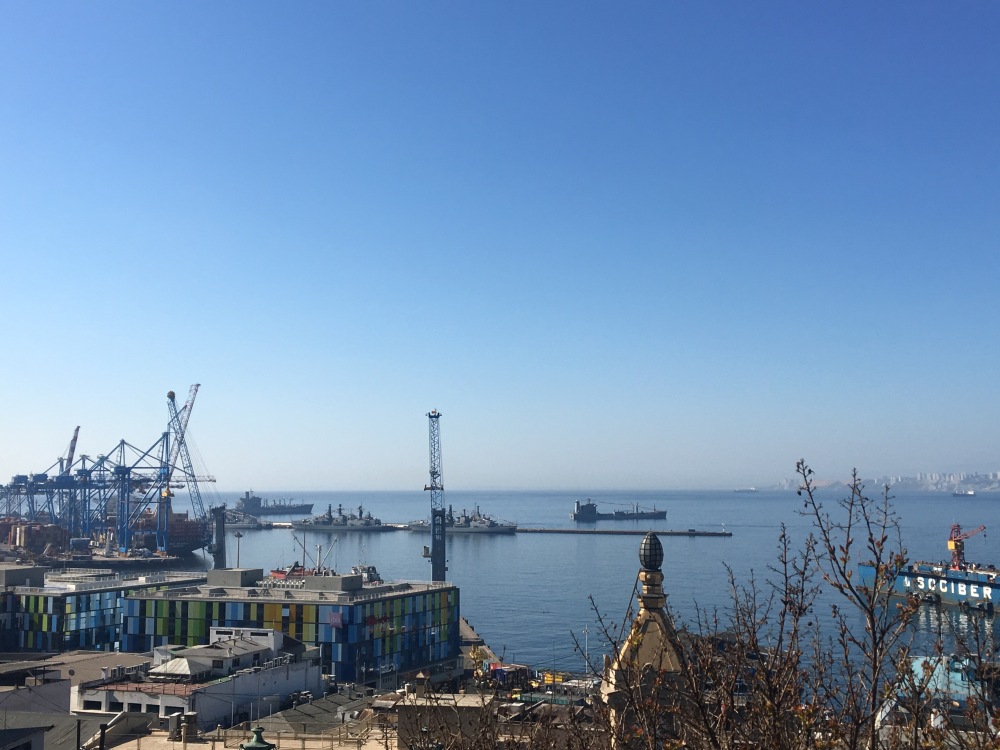 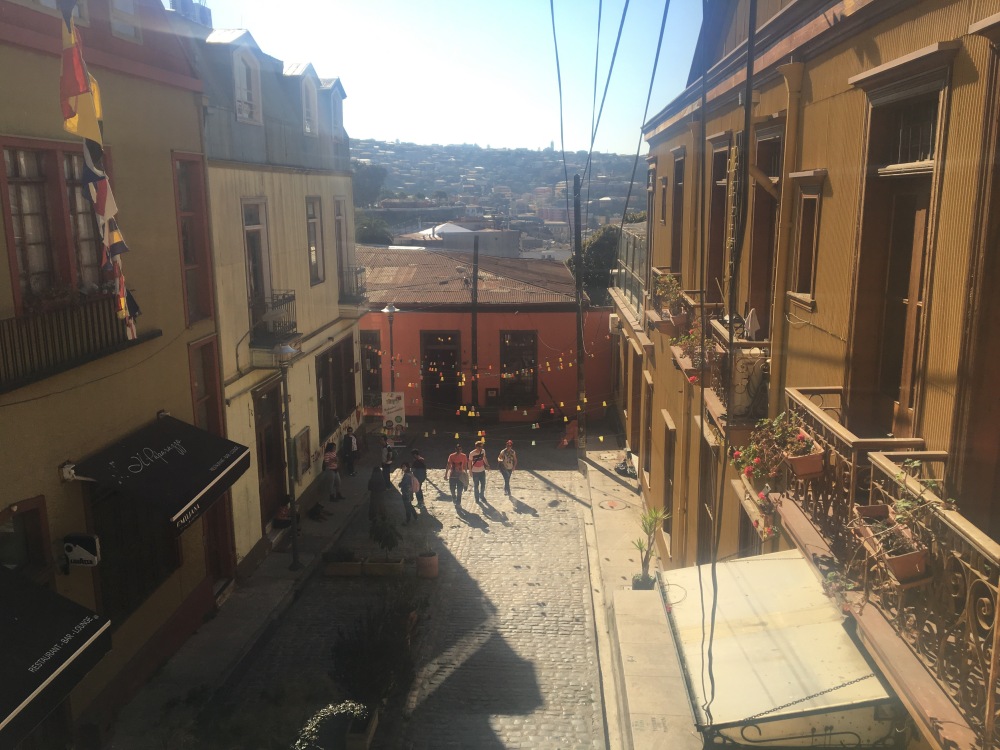 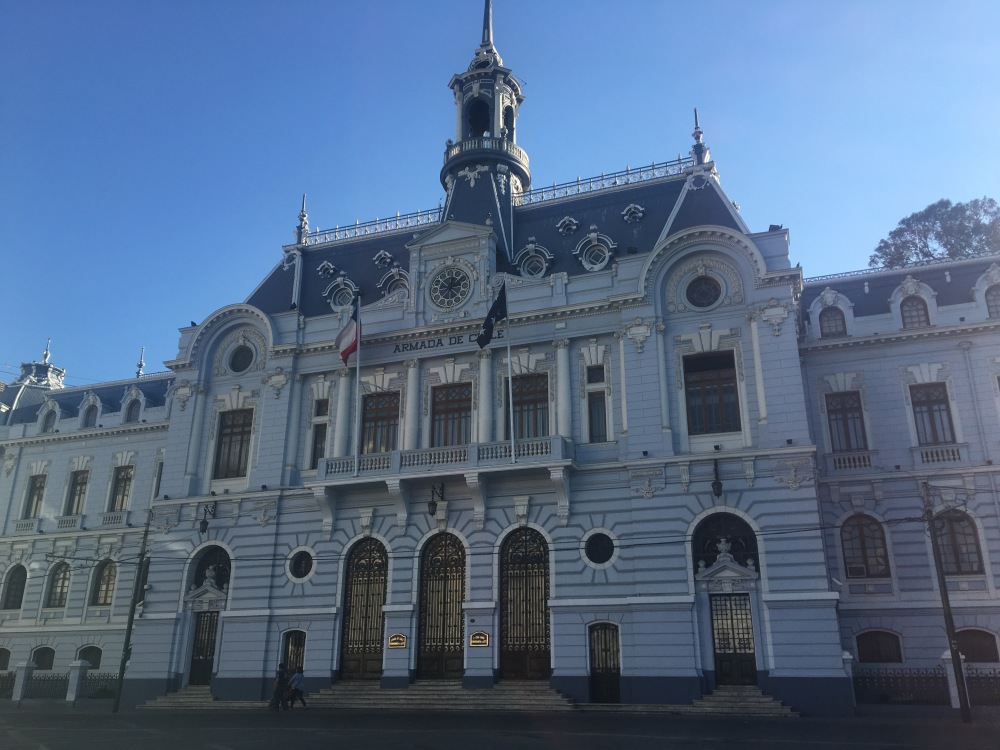 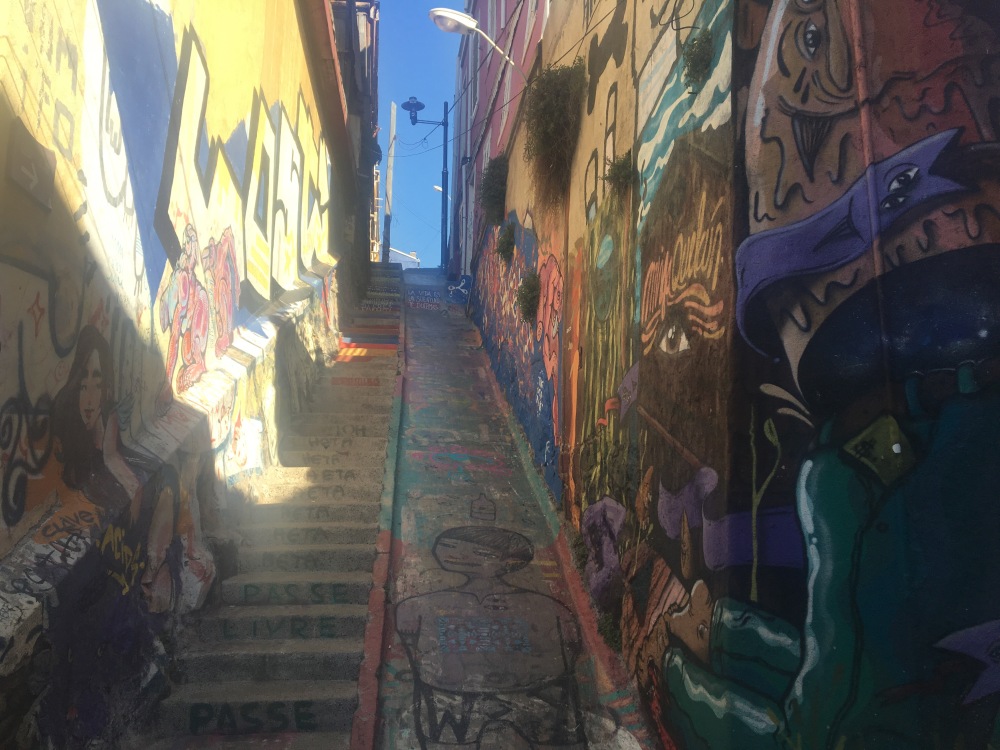 I had planned on heading to a park for the celebration of Chilean independence, after I got back showered and changed, but happened in the end to meet some people in the hostel and we sat and had a few drinks instead. A very diverse group, some Chilean people too so that was cool. I met a couple from Australia who had an iPhone robbed from that day. It’s a strange one because I’ve been travelling for nearly three months and have not once really felt unsafe, they have been travelling for nearly four months and felt the same, until this happened. In a strange way it’s good that it happened in a place like Valparaiso because Valparaiso is by all means a safe city, especially in comparison to some places in South America but the reality is that it only takes one bad minded person to ruin anyone’s perception of a place. It’s worth noting that something like this could happen anywhere not just in South America but at home too. People should always be aware of their surroundings and try be as careful as they can be no matter where they are.

My time in Valparaiso was too short but it was a great place and I’m glad I took the time to visit it. It had come highly recommended by fellow travelers and I wish I had more time there. I guy in my hostel recommended a trip to the nearby town of Vina Del Mar as the beaches are very nice but I just didn’t have time. From what I gather, the people are very nice there too.

Next stop for me is Pategonia. A week long trip to the very south of the country. Here to hoping I brought enough warm clothes!

Bus to Valparaiso from Santiago. 5,000 CLP one way.

Bus from Valparaiso to Santiago. 6,900 CLP. One way (not sure why that was different!!)

Bus from Santiago terminal to airport. 1,700 CLP. One way.

Note!!! Booking flights in Sout America can sometimes see a a huge saving if you book through the Spanish version of the site instead of switching to your preferred  language. I checked the above flight in English and the price was 282 pounds sterling! Pretty much double! This trick doesn’t always work but certainly worth a try!