We, Paul and I, (For the last two months of blogging ‘we’ has usually referred to Sinead and myself but all is changed for the last month!) arrived in hauchachina about 90 minutes after leaving Paracas. As soon as we land, we get checked in, drop our bags off and head back to the main door to go dune bashing and sandboarding. It’s the must do thing in hauchachina and it did not disappoint. It was two hours of adrenaline filled action with a crazy but safe driver! As mad as his driving seemed to be, everywhere he drove, I could see there were tyre marks from others there before him so it was clearly a planned route. We stopped on four different occasions at the top of dunes to go sandboarding. The guides recommended we lay down on the board instead of standing as you might get hurt if you fall. We listened to the guides advice and I’m glad we did because back at the hostel I must have seen four or five people on crutches… 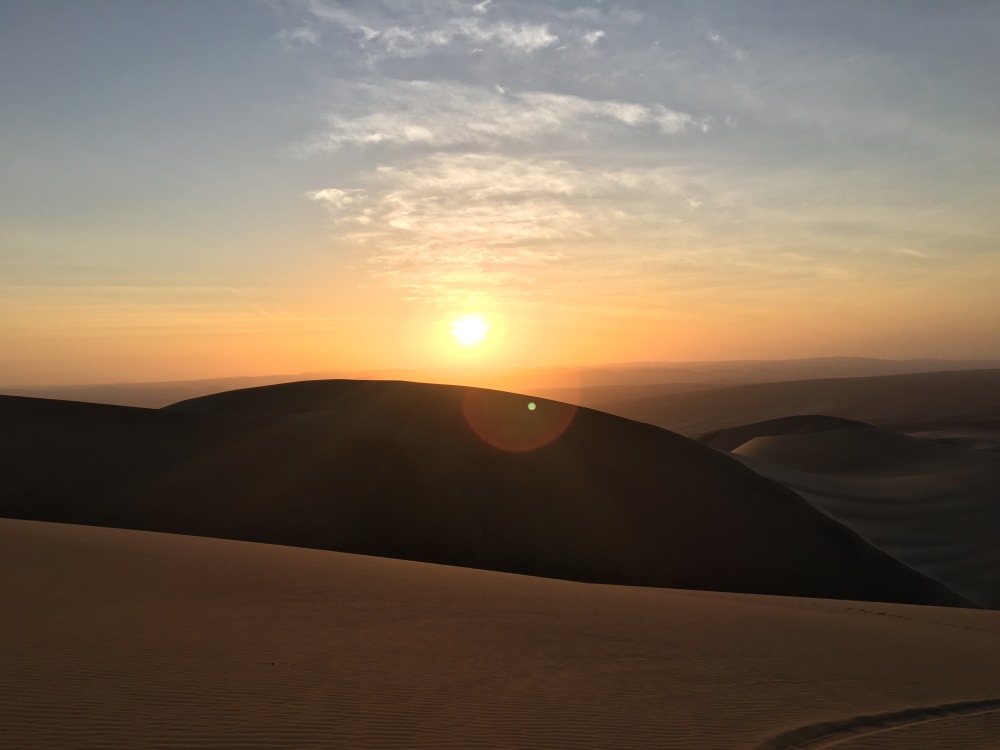 That evening we decided to hit the beer as it was our first night together plus there was no bus the next day so we had nothing to lose. Their was a bbq on with all you can drink for one hour too, which we took advantage of surely! After that we played some drinking games and most people headed to the club beside the hostel (which was open until 6am!). I retired a bit early still feeling a bit worse for wear but thankfully still drunk enough to sleep through the loud music next door!

The next day I went down to the lagoon to check out this famous oasis and climb up one of the dunes for a better look. The sand was roasting so needless to say I didn’t climb to long before retreating to the pool in the hostel.

We spent the rest of the day catching up, drinking beer, and planning or next morning trip to Nasca for the flight over the Nasca Lines. We planned a quiet night as we had to be up early to get a bus to Nasca and catch our 11am flight so naturally enough we went to the bbq again, played more drinking games, got really drunk, stayed drinking until all hours, got a late bus to Nasca and missed the time for our flight at 11am. Yup, the lads were on their holidays now. Luckily when we got to Nasca it didn’t really matter that we were late, we still got to do the flight at 1pm and there were no issues. 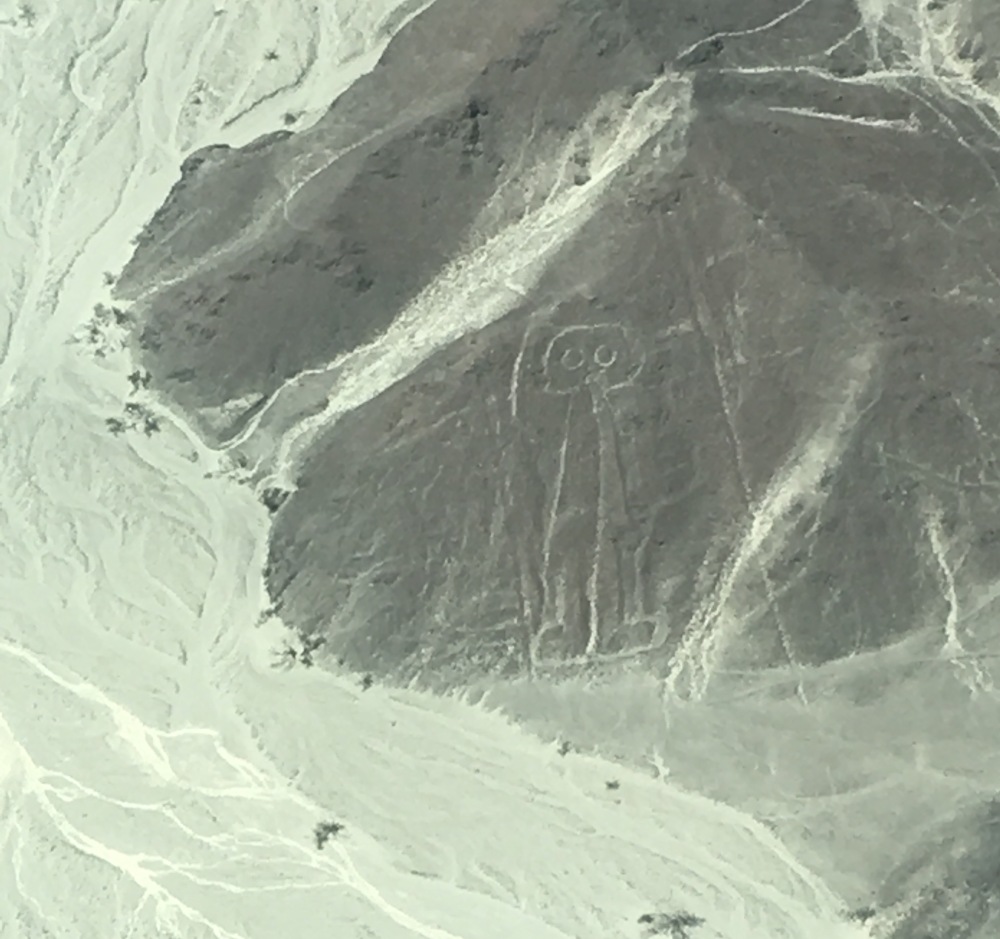 It’s a well know fact that I’m not the fondest of flying. So when you go to check in and they weigh you so they can evenly distribute the weigh on the six seater plane you can imagine I wasn’t filled with a lot of confidence. The flight itself wasn’t that enjoyable, it’s a bit bumpy and our hungover (maybe still drunk) empty stomachs struggled. There was a group of twelve (six in each plane..) and out of that group three people got sick. I didn’t somehow, but I really could have! The Nasca lines are an amazing site and to this day it’s not clear as to why these massive (one is over 300m long) designs were carved into the ground. The images depicted in the lines vary from birds to a monkey to a spider to triangular shapes etc. I would 100% recommend doing the flight but be aware that it will be a bumpy 35 minutes.

After the flight we got back to the town and chilled out, got food, charged our batteries, and got set for the looooong bus to Cusco. Apart from stopping for food on the way, we would be getting very cosy for the next 22 hours or so.

With the Peru hop schedule we had to stay two nights in Huacachina as there was no bus on the second day but really one night is enough if you can work your schedule accordingly.

There is only one ATM in hauchachina and it doesn’t work most of the time so either stock up before you go or you will need to make a trip to the nearby town (Ica) 15 minutes away (10 soles in a taxi) to get an ATM.

Again, Peru hop organised the hostel and the dune bashing from the bus. They have preferred companies to work with in different places for discounts, security, safety reasons etc.

booked through Peru hop guide. Pay 10% deposit to guide and pay rest when you get to flight.

The set up is there so that you get to Nasca yourself (local bus) do your flight and then have plenty of spare time before the Peru hop bus reaches Nasca and picks you up to continue your journey. A lot of people do this so Peru hop even have a system where you can leave you bag in the hostel, put a sticker on it that they give you to identify it and they bring it on the bus to meet you in Nasca, hassle free.

Peru hop use Aero Nasca as their flight partner and when you arrive in Nasca bus station they pick you up and bring you to the airfield.