It’s hard for me to start talking about the days in Huanchaco without giving an honorable mention to the day spent in Loki Del Mar Hostel, Mancora. Our bus arrived in very early in the morning, from Ecuador, and our bus to Huanchaco was not until that night so the staff at Loki were good enough (after a bit of persuasion) to give us day passes so we could chill by the pool and get our tan game on while we waited. The set up there was second to none and I could have (and would have if I was planning it again) easily stayed there for days. 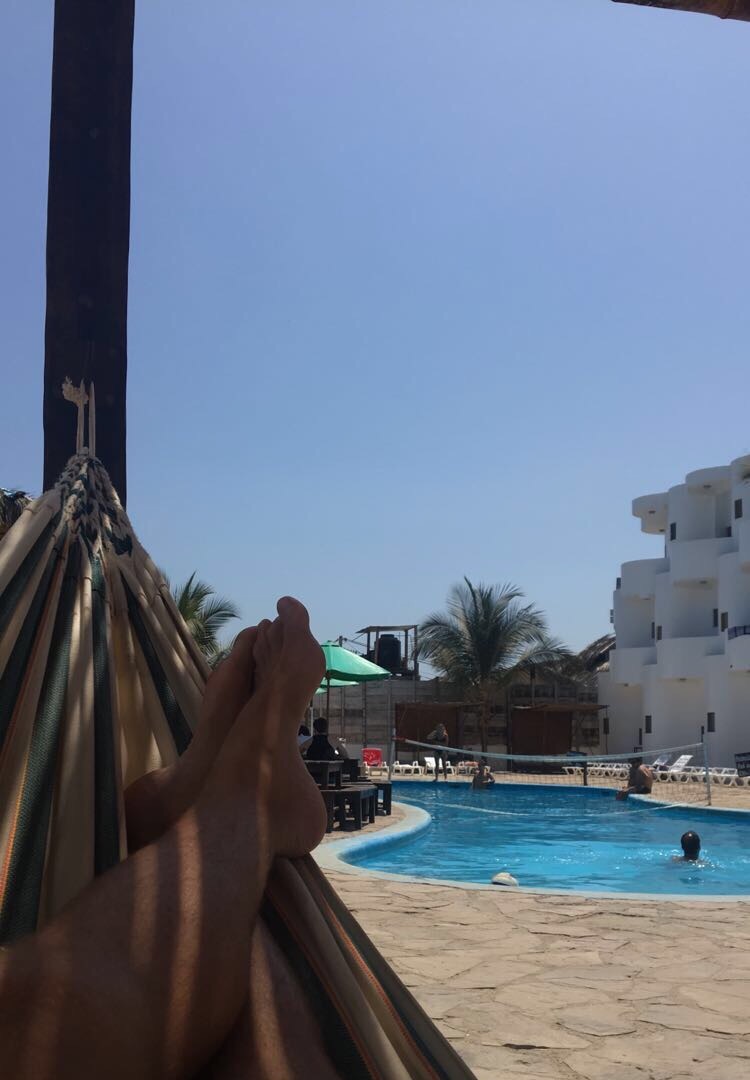 Huanchaco is a seaside town that is about 10 minutes from the bigger (and not very impressive town of Trujillo. Apart from the main square and the markets there is nothing that would keep you in Trujillo. The markets reminded me of the Souq in Doha but it was a lot bigger and busier. You could find anything and everything in the market, from half chickens with  lungs still attached (yes, chicken lungs!) to the latest Nike runners in twenty different colors.

We got a taxi to Huanchaco as soon as we got off the bus but in hindsight a bus or collectivo (van that is basically a cross between a bus and a taxi) would have been cheaper options. The collectivos (see picture below) might not look very official but they are licenced, safe and very handy as they pick you up where you stand on the side of the road and drop you off when ever you say stop. The basically run on a straight road between Trujillo and Huanchaco and I recommend them if you are travelling between the two.

So, to set the scene, before I left for this trip I was having a pint of Guiness on Ti Coiligh, and a random old man told me that I had to stay in ‘Casa Fresh’ hostel if I passed Huanchaco, as his friend owned it. At the time I hadn’t planned going near Huanchaco so I laughed it off. Then on another day, a good friend of mine said the same thing. Then while planning the trip it looked like we would be going to Huanchaco after all AND Sinead happened to be friends with the guy that owned this place too! Who was this guy?! Richie O’Carroll is a lad from Galway that everyone seems to know and he owns a hostel in Peru! When we arrived we met him and and went for lunch with him before having a day session of drinking the local beer (culture) and having a few cocktails for good measure. Richie was a great lad, and I’m going to join the masses and say if you pass Huanchaco you should stay at his hostel. When I arrived someone said to me ‘you can’t not make friends in this hostel, everyone goes out on the terrace and just chats and drinks’, they weren’t wrong. It wasnt the fanciest place in the world but everyone was very friendly and the atmosphere was second to none.

Huanchaco itself isn’t the biggest of towns, or does it have the tidiest of beaches, to be honest, but what it offers in abundance is a relaxed atmosphere, a friendly and safe charm, as well as non-stop surfing opportunities. People pass through the town to unwind/chill out for a few days and do a bit of surfing to pass the time or play 5 aside agains the locals. It was perfect for all that sort of thing. 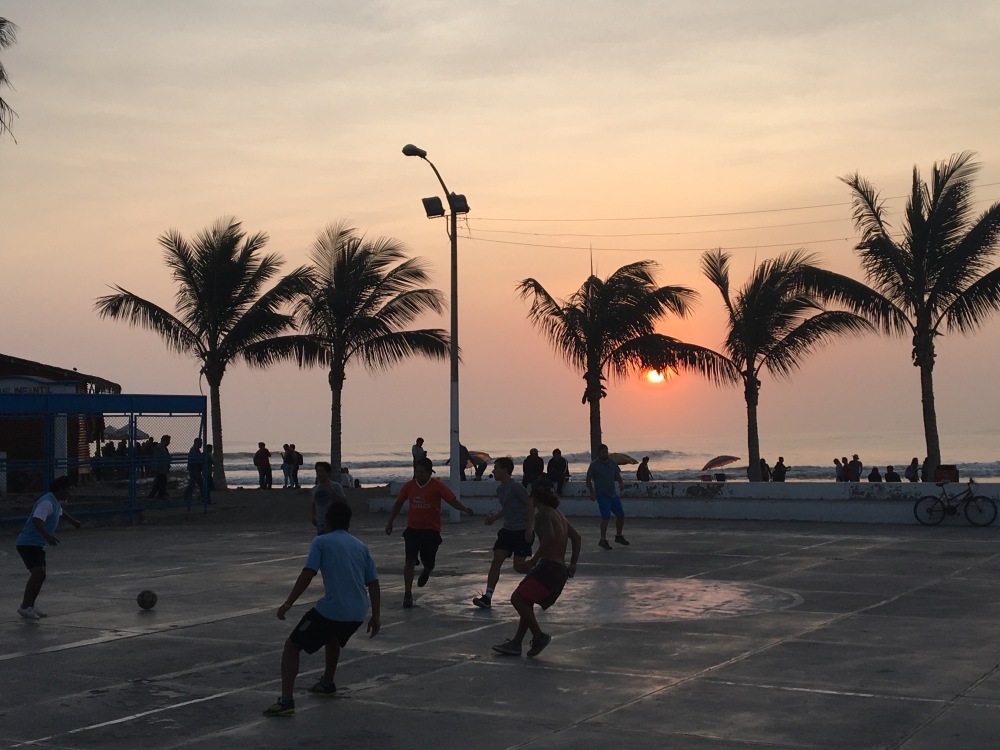 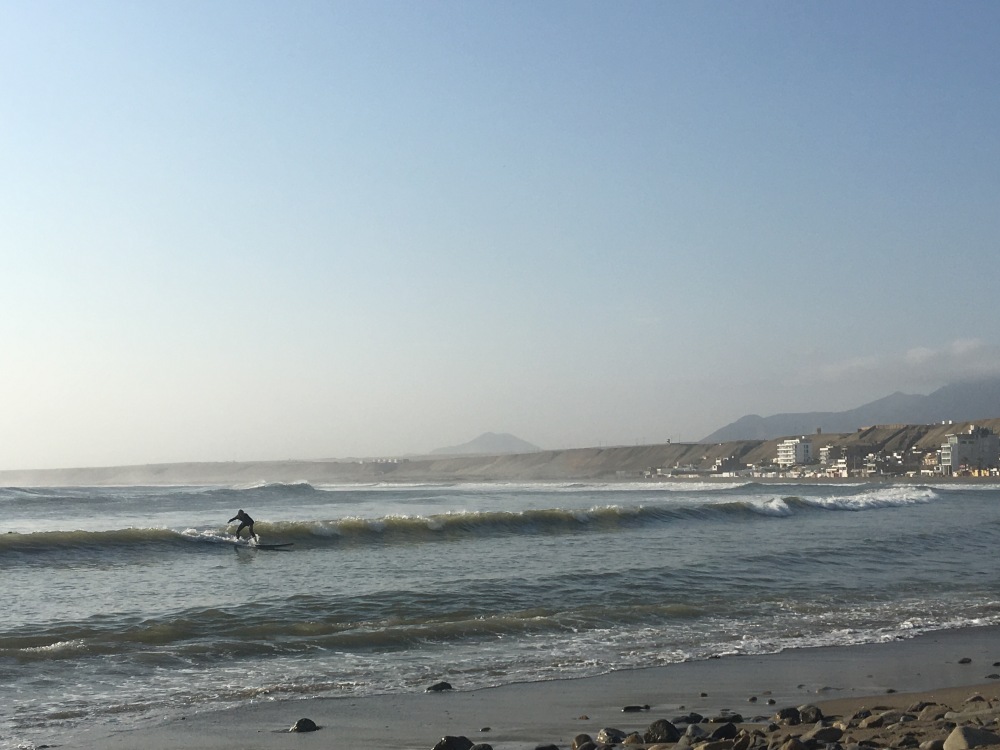 I met so many people (on the hostel terrace!) that had came for a few days and had ended up staying for weeks or months. I can easily see how people did that and it was cheap too so why not spend an extra while there.
Something I didn’t know before I arrived was that near by was the ancient city of ‘Chan Chan’. This city was once the biggest city in all of the Americas, out dating the incas by centuries. On the Monday I explored the place. A lot of it is covered as the materials used to built it are not the durable so they needed to be protected. When I got there, there were several bus loads of tourists leaving so I basically had the whole place to myself while exploring. It really added to it. After Chan Chan I made my way down to the beach to meet Sinead and her friend Aideen for a bit of tan gaming. Huanchaco was the last bit of sun I was expecting on the holiday as after this I was either going to higher, mountainous areas or further south to colder areas. The tan game was on point at this stage, obviously, so I wasn’t complaining, for now, haha. 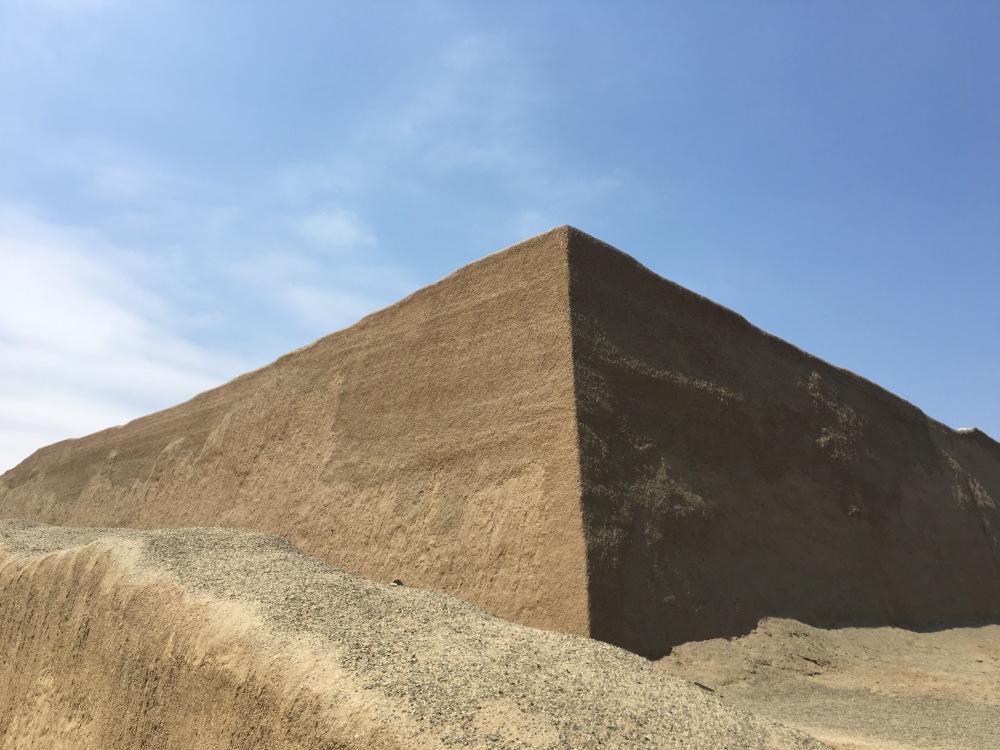 The next day was the last of my short stay in Huanchaco and I still hadn’t had a surf lesson, so I pinned it in for the afternoon after checking out the, earlier mentioned, Trujillo markets and square. I had tried surfing a couple of times in Lahinch, back home, but never managed to stand up so that was the goal. After some guidance on shore and flopping on a couple of waves, I started to get the hang of it and got up a few times. I was wrecked by the end of it but very happy with my first ever lesson.

For the rest of the evening we just chilled on the terrace, got some food and I said my goodbyes. After about 8 weeks with Sinead it was time for us to go our seperate ways. I’ve no doubt I wouldn’t have seen half as much as I did if it wasn’t for her! She was always up for doing something even when I was feeling a bit  lazy, and she was so easy going it made the travel time an ease for us both! It was then time for me to head to Lima for a while and start the south Peru element of my trip where I’d be meeting the mighty Paul Marmion along the way, in Huacachina. Next Stop Lima.

Taxi from Trujillo to Huanchaco. 20 soles. Probably 15 if we bargained. Cheaper option of bus/collectivos would have been about 2 Soles.

Entrance to Chan Chan. 10 Soles. Which also included entrance to museum and 2 other historical sites that I didn’t visit.

Surf board rental. Approx 35 Soles including wet suit. There were birds and wet suits in the hostel that you could use for free too.