Quito is the highest capital city in the world at 2,850m above sea level. Again, a bit like Cartagena, I was using this as stepping stone to the Galapocos Islands but we timed our flights so that we would still get some time to explore the place. We arrived at about 4:30pm and got a taxi from the airport to our hostel. It should be noted that Quito Airport must be up there with the best views at any airport in theworld. The picture doesn’t do it justice but the view was amazing.

As it got dark we headed to the center of Quito where there was an abundance of old buildings, and an unusual amount of churches! Like a lot of cities in South America at night it was hard to know whether it was dangerous or not and at the start of the exploring I was a bit wary but the place was very busy and I quickly realized that the majority of people were just locals going about there business.

For dinner we went to a place near the hostel that looked a bit fancy but was priced pretty well. Achiote, was the name of the place and I’d highly recommend it. 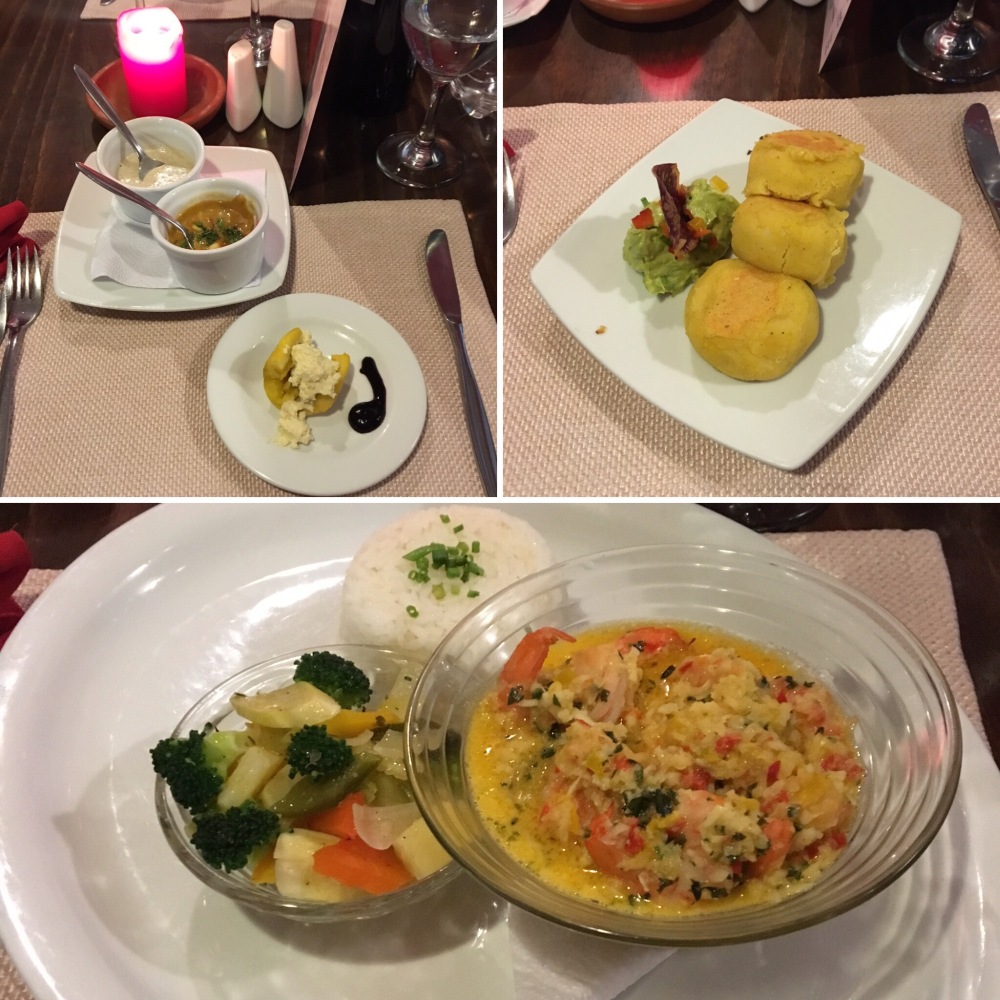 Later that night, it’s was fight night – UFC 202 – McGregor v Diaz and like any bandwagon UFC fan. I wanted to watch the fight. I found a link online and thankfully the wifi was good in the hostel so that kept me entertained for the night.

In the morning we got up early and headed to the cable car to view the city from an even higher point (4,000m). They love their cable cars in South America but then again half the cities are half way up the Andes so I’m not surprised! 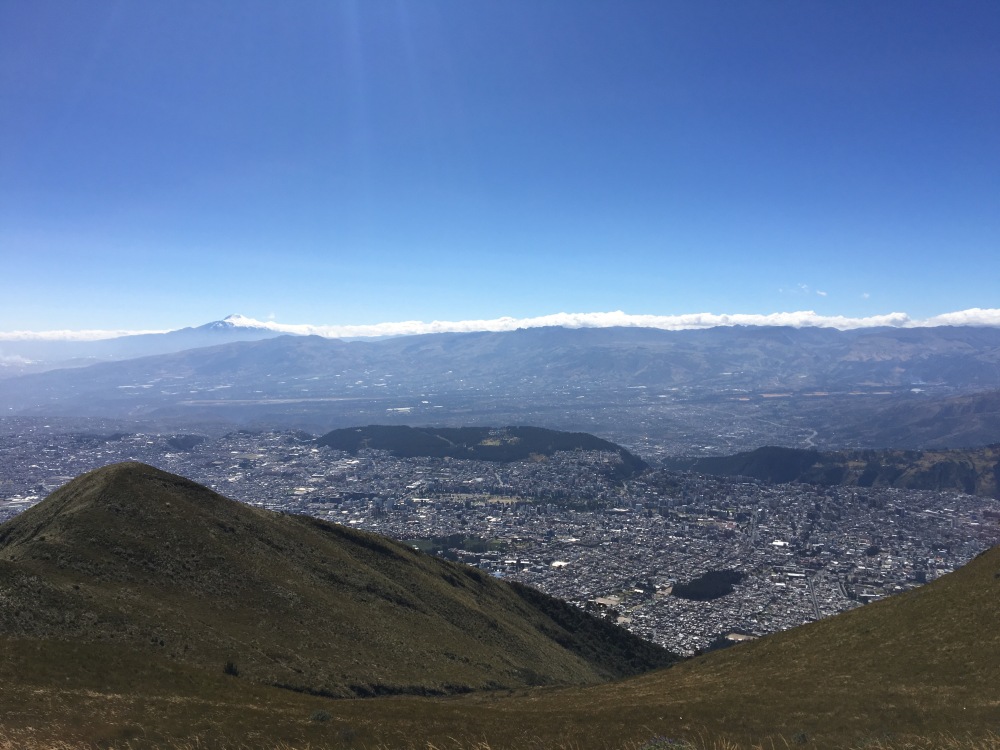 To finish off the Quito trip I decided to take the plunge and try get a haircut in Spanish. I was rough ( my look and my Spanish) to say the least so no matter what he did I could hardly end up worse… The barber hadn’t a word of English, as expected, but he got to work anyway. Before I knew it I was getting shave, wash, blowdry and hairspray. I just wanted it cut, don’t know what he was at!! Ha I let him at it anyway because I didn’t know how to tell him no. I tried telling him I didn’t want a shave and he went for it anyway so I knew the rest would be pointless. I also got the feeling he was throwing in all the extras to bump up the price but in the end it only cost 5 dollars! Could be worse. Here’s a picture of Patrick Kluivert about to do his thing and me endin up with hairspray and a beard shaped in a way Drake would be proud of!

Finally, with that very important task complete, it was time to fulfill a life long dream. Galápagos Islands here I come.

Note: US Dollars is the official currency of Ecuador.

To get to the city from the airport there are 2 options:
1. bus (cheap but you need to get 2 and it takes about 90mins)

2. taxi (costs 25 dollars set fee and takes about 35 minutes depending where you go)

Local buses around the city itself cost 25 cents.

Flights to/from Galápagos Islands go from Quito and Guayaquil. For our trip it suited better to fly from Quito and Return to Guayaquil as its closer to Peru. The next destination.